Scientists: four-degree climate warming could lead to a world war 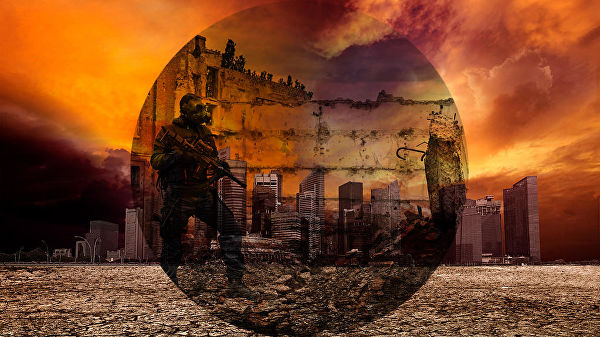 If humanity does not reduce carbon dioxide emissions by 2035, average annual temperatures by the end of the XXI century will increase by 4.5-5 degrees Celsius, scientists warn. And this means that half of the world’s population will die from weather-related weather anomalies that are incompatible with, half will become involved in armed conflicts for the remaining resources, and a world war will break out.

Not the first time

Mass extinction of almost all life on Earth occurred at least five times. One of them – the disappearance of dinosaurs – happened as a result of the fall of the asteroid, but the rest – due to the sharp warming of the climate caused by greenhouse gases.

Thus, an increase in the average annual temperature of five degrees Celsius, which occurred about 252 million years ago, cost 96 percent of all marine species and 73 percent of terrestrial vertebrate species, says scientific journalist Peter Brannen in his book The End of the World. Given the current rate of warming, by the end of the century the planet will heat up at these dangerous 4.5-5 degrees, Australian scientists say. Unless, of course, over the next 16 years, mankind will not solve the problem of carbon dioxide emissions.

According to the researchers, the share of renewable energy sources – wind turbines, hydroelectric power plants, solar panels – in the energy balance of all countries should grow by two percent per year, otherwise after 2035 something will be done too late. Timely measures will lead to the fact that by the end of the century average annual temperatures will rise by only two degrees Celsius. This is considered relatively safe. In this case, the consequences of climate change will not be so serious, and humanity will be able to cope with them.

However, Swedish, Danish and British scientists are more pessimistic. Changes caused by a safe level of warming can trigger processes that people cannot influence. First of all, we are talking about melting permafrost, the release of methane hydrates from the ocean floor and the disappearance of forests, which, in turn, will trigger an increase in average temperatures by another three to four degrees. As a result, most of the coral reefs will collapse, coastal areas will be flooded, agriculture will suffer serious losses.

In addition, part of the population of the planet will face abnormal heat with sufficiently high humidity levels. In such conditions, the body is not able to cool effectively, which is critical for survival. Therefore, it is highly probable that it will be impossible to live in vast areas around the equator.

In the same place, where weather conditions will allow not to boil alive, the death rate from heat stroke will significantly increase. As an international group of scientists calculated, from 2031 to 2080, people will die much more often from too high temperatures. Thus, in Brazil, the death rate from heat will increase by 770 percent, in the United States – by 400-525 percent, in Europe – by 400. 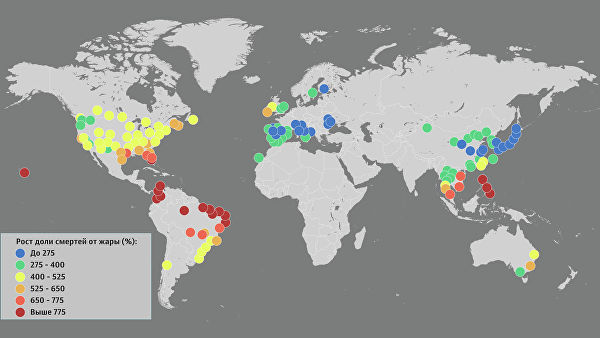 World on the threshold of war

When 128 thousand years ago in the territory of modern France, the average annual temperatures rose sharply by two degrees Celsius, the Neanderthals who lived there had to become cannibals. Warming has seriously changed the surrounding landscape – forests have appeared instead of meadows, where it is much harder to hunt. And woolly mammoths and reindeer in the diet of ancient people were replaced by fallow deer, small rodents, turtles and snakes. Therefore, Neanderthals often had to replenish stocks of animal protein at the expense of weaker relatives.

Today, climate warming is unlikely to turn people into cannibals, but it can provoke violent military conflicts. According to the work of scientists from Stanford University (USA), when the average annual temperature rises by two degrees (this is the most favorable scenario), the risk of armed clashes around the world increases by 13 percent. If the Earth heats up by four degrees, then the probability of military action increases to 26 percent. Moreover, having begun within individual countries, these conflicts may well turn into a war of all against all.

Already today, between three and 20 percent of armed clashes in the world occur due to climate change, experts say. Even small temperature differences and changes in precipitation incite violence, from conflicts between individuals to full-scale wars. Most often they occur with a sharp and significant increase in temperature.

According to the international team of scientists, this may be due to the fact that the heat can affect the biochemistry of the brain – the neurotransmitters that regulate emotions are destroyed. On the other hand, high temperatures contribute to the production of testosterone in the body, which, in turn, affects the level of human aggressiveness. That is why year after year the largest number of crimes and suicides is recorded in abnormally hot weather.

The sky in diamonds

Even with all the conditions of the Paris climate agreement, it is almost impossible to stop the growth of average annual temperatures, experts are sure. However, it is his chances to slow down. In particular, if already now significantly reduce greenhouse gas emissions, by the end of the century the Earth will heat only by a relatively safe two degrees Celsius.

The most effective ways to combat climate warming, scientists believe the rejection of private cars, air travel and the transition to a vegetarian diet. But there are more exotic options. In particular, researchers from Harvard University (USA) suggested spraying fine powders of diamonds and alumina in the atmosphere. This will reduce the amount of sunlight reaching the Earth’s surface, and therefore cool the planet.

Almost no one doubts that this method will work, but it is too expensive. Even if you use cheap artificial diamonds worth up to one hundred dollars per kilogram, the amount will be impressive. After all, to maintain the flow of solar radiation at the required level, it will take hundreds of thousands of tons of powder annually.