Scientists from Russia received useful heat from the cold 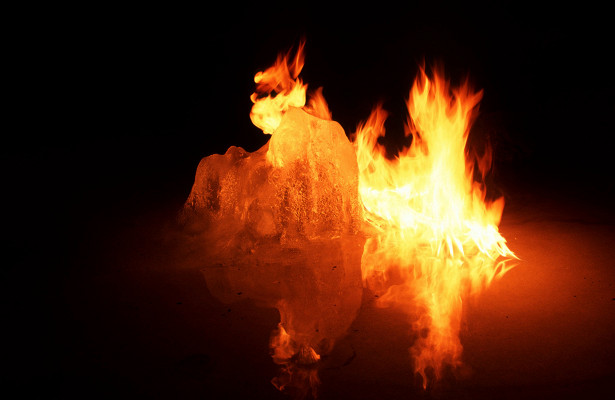 Scientists from the Institute of Catalysis of the SB RAS have come up with how to obtain heat from the cold, which can be used for heating in harsh climatic conditions. To do this, they suggest to absorb methanol vapor in a low-temperature environment with a porous material. The first results of the study were published in the journal Applied Thermal Engineering.

Chemists proposed a cycle called “Heat from the Cold” (“TepHol”). Scientists convert heat, using the process of adsorption of methanol by a porous material. Adsorption is the process of absorbing substances from a solution or gas mixture with another substance (adsorbent), which is used for separation and purification of substances. The absorbed substance is called adsorbate.

“The idea was to first theoretically predict what an optimal adsorbent should be, and then synthesize a real material with properties close to ideal,” commented one of the authors of the study, Dr. Yury Aristov, a doctor of chemical sciences. “The working substance is methanol vapor, and usually they are adsorbed by activated charcoal.We initially took commercially available activated carbons and used them.It turned out that most of them “do not work” very well, so we decided to synthesize ourselves methanol adsorbents, specialized for the TepHol cycle, are two-component materials: they contain a porous matrix, a relatively inert component and an active component, a salt that absorbs methanol well. ”

Further, the researchers conducted a thermodynamic analysis of the “TepHol” cycle, which gives an approximate idea of ​​the course of the transformation process, and determined the optimal conditions for the realization of adsorption. The scientists were faced with the task of finding out whether a new thermodynamic cycle could provide sufficient efficiency and power for generating heat. To answer this question, a laboratory prototype of the TeHoL unit with one adsorber, an evaporator and cryostats that simulated cold air and non-freezing water was constructed.

The adsorbent was placed in a special heat exchanger with a large surface made of aluminum. This installation allows to produce heat in intermittent mode: it is released when methanol is absorbed by the adsorbent, and then it takes a while to regenerate the latter. For this, the pressure of methanol above the adsorbent is reduced, which is facilitated by the low temperature of the surrounding air. Tests of the prototype “TepHol” were carried out under laboratory conditions, where the temperature conditions of the Siberian winter were simulated, and the experiment was completed successfully.

“Using two natural thermostats (a heat reservoir) in winter, for example, ambient air and nonfreezing water from a river, lake, sea or groundwater, with a temperature difference of 30-60 ° C, one can get warmth for heating houses, and the colder on the street, the easier it is to get useful heat, “Yuri Aristov said.

To date, scientists have synthesized four new sorbents, which are in the testing phase. According to the authors, the first results of these tests are very encouraging.

“The proposed method allows to obtain heat directly on the site in regions with cold winters (northeastern Russia, northern Europe, the USA and Canada, as well as the Arctic), which can contribute to the acceleration of their socio-economic development.The use of even a small amount of low-temperature heat of the environment can lead to a change in the structure of modern energy, reduce the dependence of society on fossil fuels and improve the ecology of our planet, “concluded Aristov.

In the long term, the development of Russian scientists can be useful for the rational use of low-temperature waste heat from the industry (for example, cooling water that is thrown off by thermal power plants and gases that are a by-product of chemical and oil refining), transport and housing and communal services, energy, especially in regions of the Earth with severe climatic conditions.

By the way, earlier we talked about a new nanocoating, which turns ordinary clothes into self-heating.