Scientists have calculated the amount of plastic debris created by mankind 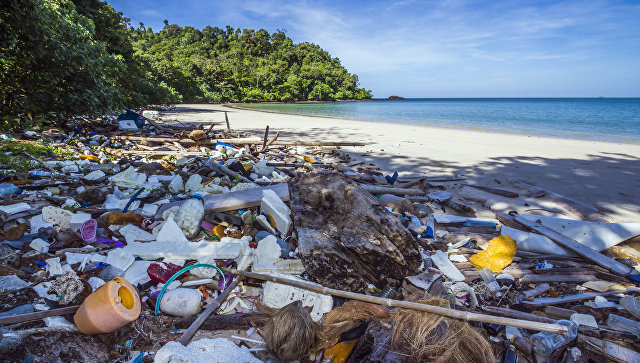 Mankind has managed to produce about eight billion tons of plastic since the first technology of its production, two-thirds now is in landfills and “garbage spots” on the surface of the world’s oceans, according to an article published in the journal Science Advances.

“Most plastic brands are not decomposed by microbes in any form, and therefore all the garbage that we created will accompany us hundreds, if not thousands of years.” The estimates of the mass of this garbage make us think about how we use these materials and how Get rid of them, “- said Jenna Jambeck (Jenna Jambeck) from the University of Georgia in Athens (USA).

Today, about 300 million tons of plastic debris fall on landfills every year, most of which is not decomposed by soil microbes and remains in almost untouched form for tens or even hundreds of years. Many plastic particles enter the waters of the World Ocean, where they enter the stomachs of fish and birds and often cause their death.

Yambek and her colleagues, having comprehensively studied how the plastic and rubber industry developed from the 1950s to the present, found that there are now about 6.3 billion tons of plastic debris on Earth, whose mass will double by the middle of the century.

As calculations of scientists show, this part of the chemical industry grew at a record pace throughout its existence: if in 1950 the world’s enterprises produced only two million tons of plastic products, in 2015 this figure reached 400 million tons, which is 200 times more . Accordingly, each year the volume of plastic production grew by about 8%.

In total, mankind produced about 8.4 billion tons of plastic for the entire period, the lion’s share of which, about 66%, quickly became garbage and landed in landfills or in the World Ocean. It is extremely unprofitable to distinguish the plastic manufacturing industry from the steel and cement industries, most of which are used for decades.

The level of plastic production is growing rapidly – more than half of plastic debris and plastic products have been manufactured in the past 13 years. In the future, the situation will only worsen, and therefore scientists are urging both industrialists and the authorities of all states to reconsider strategies for how plastic is used and processed.

Most of all, such measures are necessary for the United States, where only 9% of plastic garbage is processed, compared with 30% in Europe and 25% in China. As the researchers emphasize, they do not offer to completely abandon the production of plastic, but are urged to develop a set of measures that would encourage industrialists to use existing plastics stocks.