Scientists have calculated why we do not hear aliens 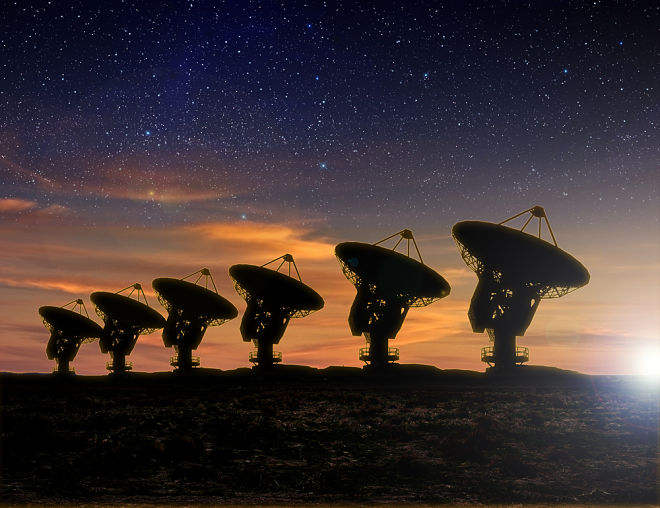 Where is everyone? This question was posed by the physicist Enrico Fermi in 1950, and now he is known as the “Fermi Paradox” – the contradiction between the lack of evidence for the existence of other extraterrestrial civilizations and the high probability of their existence, justified by many factors.

According to some studies, we are alone in this universe, but other scientists claim that we didn’t find anyone because we didn’t study long enough. Among the latter, Jill Tarter, an astronomer and former director of the SETI program (a project to search for extraterrestrial radio signals), claiming that the “interception” of the depths of space did not produce results due to the small amount of work done.

In a new study published in The Astronomical Journal, scientists join her opinion and show that the part in the universe that we studied can be compared to a glass of water in the ocean.

Researchers have developed a mathematical model called “Cosmic haystack”, which is about 33 thousand light years in diameter, and in its center is the Earth. To date, people have studied approximately 0.00000000000000058% of this “stack” – a part so small that it leaves a huge potential for the existence of another life. In their mathematical model, scientists added an account of all possible characteristics of a radio signal.

“It’s like a bath of water compared to the world’s oceans on Earth,” said study co-author Shabham Kanodiya. “Or as a patch of five centimeters to solder in comparison with the entire land of the Earth.”