Scientists have collected the skeleton of the ancient ancestor of man 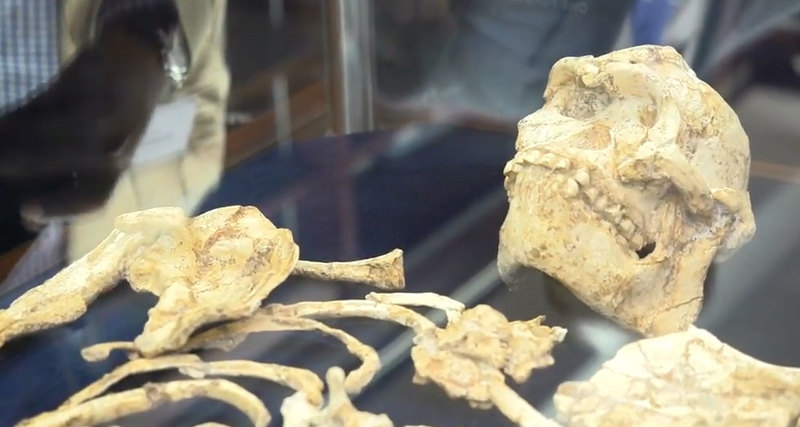 South African paleontologists since 1994 are studying the remains of fossil Australopithecus, which, due to its size, received the name “Little Foot”. Recently, scientists have managed to completely assemble his skeleton.

Paleoanthropologist Ron Clark of the Witwatersrand University in Johannesburg examined museum collections containing fragments of fossil bones. In 1994, in one of the boxes with the inscription Cercopithecoids (marmosets), he found several bones of the lower limbs, which, presumably, belonged to a man. To “monkeys” the remains have got because of the tiny sizes.

The find was called Little Foot – “Little Foot”. All subsequent years of his scientific work Clarke devoted to its study. In the cave of Sterkfontein, where his colleagues found these bones in 1992, an expedition was sent, according to which it became clear: the skeleton of the “Little Leg” exists, but its extraction will require effort. For 3.67 million years, the remains of a miniature man were absorbed by the rock. On the one hand, it allowed the bones to survive, but on the other – they had to be laboriously extracted manually.

The skull was placed at the disposal of scientists in 1998, and the next year paleontologists were able to release the left forearm and hand from the stone vice. By 2012, the university’s laboratory was more than 90% of the fossil skeleton. Another seven years left for its assembly, and recently scientists with pride presented the results of their work.

Ron Clark explains the importance of discovery: according to him, this is the first complete skeleton of an adult found; The first skeleton, which has an entire arm and leg, as well as the oldest skeleton in South Africa. He can successfully compete with the Australopithecus Lucy: it is “younger” (3.2 million years old), and its skeleton has been preserved in a smaller volume.