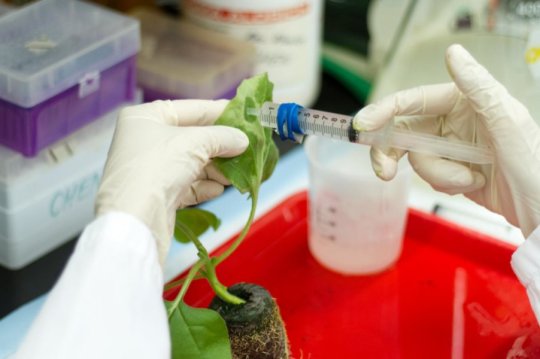 Scientists from the ASU Bio-Design Institute are working on the development of an improved and potentially more safe vaccine against the Zick virus. As it turned out in the fight against this dangerous for human virus can be ordinary tobacco – a plant that is purposefully infected with the virus in order to receive special protein components from its leaves. A vaccine is created from them, which will help to cope with severe forms of the disease.

According to the developers of the new vaccine, it will be designed for developing countries that are at risk, that is where outbreaks are fixed and mosquitoes that transmit the virus live.

The international threat from flavovirus Zeka has hung over many countries in 2015, infecting millions of people. The virus is dangerous for its complications on the nervous system. It is transmitted not only through the bite of mosquitoes, but also through sexual transmission.

“We offer a new level of vaccine to fight the Zeka virus, which is safer for humans and does not require a lot of money to create,” says researcher Kiyan Sean Chen.

The virus of Zika is very dangerous. It is able to cause a microciphalia of the brain, as well as a variety of neurological problems. The creation of an effective vaccine will make it possible to protect people from serious health problems, including reducing the risk of a child with deviations from the mother with the virus Zika.