Scientists have compared the strength of human hair and elephant hair 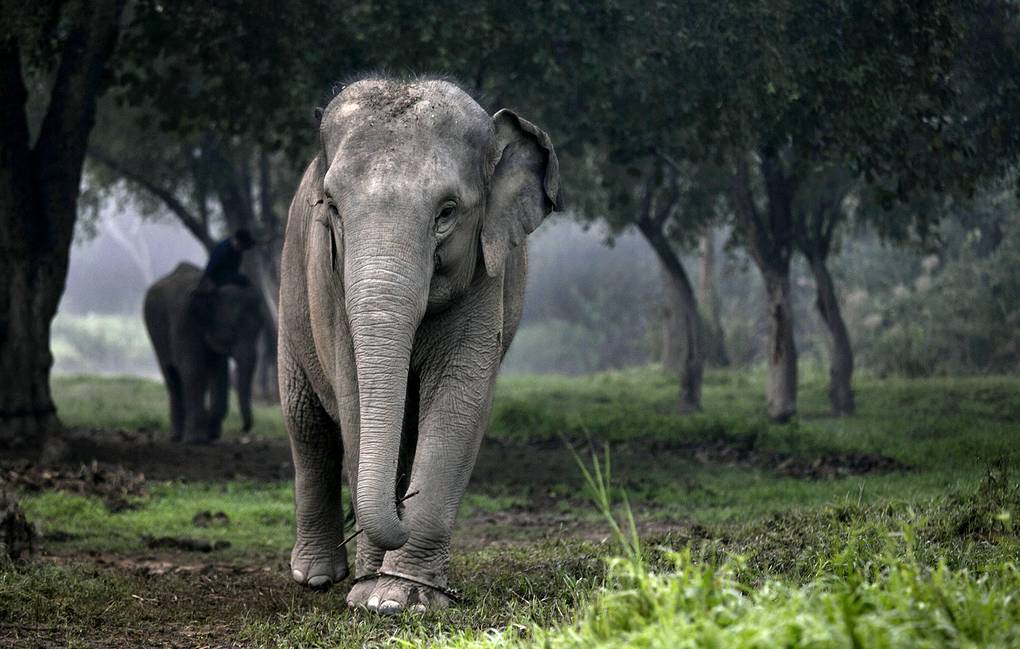 American physicists for the first time compared the strength, elasticity and other physical characteristics of the hair and coat of different species of mammals. Human hair turned out to be much stronger than the hair of elephants, despite the four-fold difference in thickness. The study published the scientific journal Matter.

“We were very surprised by this – from an intuitive point of view, the thicker the hair, the stronger it should be. Nature has perfected these materials for millions of years, and we hope that we can create synthetic analogs of the most durable hair with comparable properties,” said Wen Yang, one of the authors of the study, a specialist in nanotechnology from the University of California at San Diego (USA).

Over the past few years, representatives of a wide variety of exact sciences have been trying to adapt the “products of evolution” to create new technologies and devices by studying the structure of various organs of the body or the secrets of the various “superpowers” ​​of animals.

In this regard, as noted by Wen Yang and his colleagues, human hair is of no less interest to physicists. On the one hand, they have the same strength per gram of mass as steel wire, withstanding a pressure of two thousand atmospheres. In this case, however, the hair can still be stretched one and a half times without tearing or deterioration of their mechanical properties.

A year ago, Caliphonic physicists revealed the secrets of their strength by finding out that hair consists of two layers of keratin protein nanoparticles. They are laid in special patterns, thanks to which the hair begins to behave like honey or other viscous fluids. These substances become tough and durable when trying to sharply stretch them, but at the same time they hardly resist the slow application of force.

Having discovered the complex structure of human hair, scientists decided to check whether they are different in this respect from the hair of other mammals, which has a completely different length, thickness and role in the life of these animals. To this end, scientists conducted a similar series of measurements and experiments using bristles, hair and hair of an elephant, bears, horses, wild boars, capybaras, bakers and giraffes.

These experiments revealed several unexpected things that scientists did not expect to see. For example, Wen Yang and her colleagues found that the structure and reaction of hair to mechanical deformations varied greatly for different groups of animals, despite similar coat sizes.

In particular, the structure of the bristles in South African mammals, capybaras and bakers, was noticeably different from how the individual wool fibers of their distant “cousins” from the Old World were arranged. Due to these differences, the hair cover of the four-legged inhabitants of the New World did not stretch so much, but on the whole was a little stronger than that of the other “participants” of the experiment.

Similarly, the bristles of elephants and giraffe fur, despite their large thickness of their fibers, were noticeably inferior to thin human hair and bear hair in strength and elasticity. In general, the thicker the hair, the lower both of these indicators were, and this dependence works not only when comparing different animals, but also different types of hair in the same species of mammals.

According to physicists, this anomaly can be explained by the fact that the strength of the hairs depends very much on the presence of various defects in their thickness, whose number grows rapidly with increasing hair diameter. Further study of the hair structure of different species of mammals, as Wen Yang and her colleagues hope, will help them understand how to copy this biomaterial and use it to create ultra-strong, flexible and, at the same time, very light synthetic materials.