Scientists have concluded that planting new forests is useless 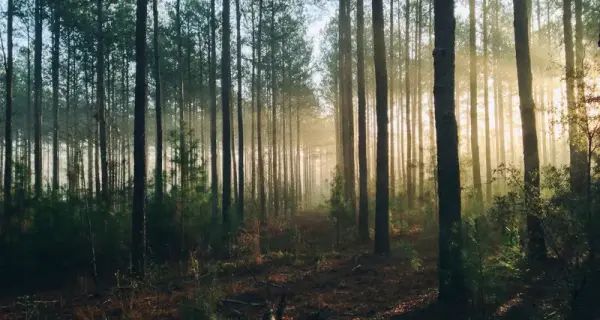 For centuries, mankind has been cutting down forests and taking away invaluable resources of nature. Now that man is on the brink of climate disaster, governments, charities and private companies are trying to figure out how to restore natural forces. One of these methods is the artificial planting of trees in areas where forests were once destroyed. However, new research suggests this isn’t such a good idea.

Of course, the best way to reduce the impact of the climate crisis is to conserve forests. Unfortunately, there are already too many places in the world that have been cleared or “degraded” due to unsuccessful agriculture or other soil exploitation. Lumberjacks and herders often leave, leaving a void behind them.

Traditionally, replanting trees was considered the best way to restore carbon balance, but a study published in the journal Nature shows that leaving forests to grow naturally is cheaper, and it also allows native trees and wildlife to thrive better and faster.

The most favorable regions for natural reforestation are tropical regions of West and Central Africa. In Central Europe and the Middle East, however, recovery takes longer.

The authors note that this is due to the fact that in some regions growth needs to be slightly nudged, and in some, nature itself quickly “takes its own”. “If the seed sources are nearby and the site is not too degraded, then forests can probably grow on their own. If the site is degraded and seed sources are far away, or if the only seed sources are from one or more species, then it is likely that the entire site needs to be actively planted, or multiple plantings are needed to help restore a more diverse forest, ”says Susan Cook-Patton. the main author of the study.

Forests absorb about a third of the greenhouse gas emissions from human activities every year. The study found that the natural renewal potential for carbon sequestration was significantly underestimated, by about a third overall and about half in the case of rainforests.

“Our goal was to show where forests can capture carbon most quickly on their own. If we allow them, they can do part of our work on climate mitigation for us, ”the authors of the work comment.