Scientists have confirmed an invariance of fundamental force of nature 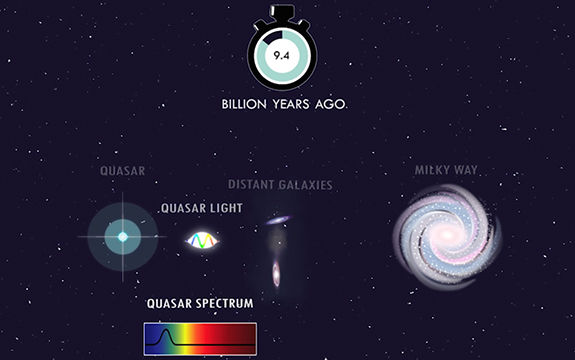 Astronomers with high precision measured action of fundamental force of nature in the galaxy located at distance over eight billion light years from us.

Researchers from Technological university in Svinburna, Australia, and the Cambridge university, the USA, confirmed that electromagnetism in a far galaxy has the same force, as on Earth.

Scientists observed a quasar – a supermassive black hole with very bright environment – located behind this galaxy. On the way to Earth the part of the world, going from this quasar, was absorbed by the gas which is in the galaxy located at distance about 8 light years from Earth therefore in a range there were so-called strips of absorption representing not that other as the “shadows” cast by gas of the galaxy lying in the foreground.