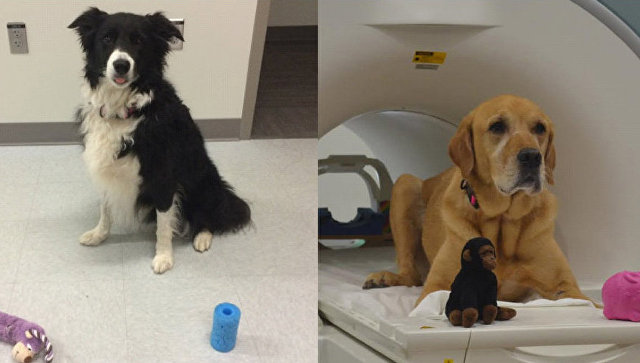 Observations on the work of the brain of dogs confirmed that they are able to distinguish words and are able to memorize their meaning. This conclusion was made by scientists who published an article in the journal Frontiers in Neuroscience.

“We have known for a long time that dogs understand certain aspects of the human language, as they can learn to execute various commands. On the other hand, the observations of colleagues show that dogs can use various non-verbal clues – for example, look, gestures or emotions – to understand the hosts speech” – says Gregory Burns (Gregory Berns) from Emory University in Atlanta (USA).

For a long time, dogs were considered peculiar “Pavlov’s machines” – essentially biorobots, the main purpose of which is to search for food and reproduce. The owner in this case acts as a feeder for them, and not another living being. Relatively recently, these ideas began to be criticized, and many psychologists and biologists believe that communication with a person in itself plays an important role in the life of dogs.

For example, recently neurophysiologists have found that dogs can understand the intonation and the meaning of words pronounced by their owners. It turned out that they communicate with people not for the sake of food, but for the sake of receiving attention and positive emotions and that they are able to recognize emotions on the face of friends and strangers. In addition, dogs are able to memorize unnecessary information and use it when communicating with the owner.

Burns and his colleagues checked the results of these observations, for which they collected a group of a dozen dogs of different breeds and their owners. Volunteers were asked to teach pets to bring one of two random items (for example, a plush toy or a rubber ball), responding to their names.

When all the dogs learned this trick, biologists invited their hosts to the laboratory and checked how the brain’s work of the dogs changes at the moment when they are called and shown these items. In addition, the volunteers uttered a different abracadabra, similar in sound to these words, and showed unfamiliar objects.

Comparing the images that a magnetic resonance imaging scanner received, the scientists hoped to understand whether there were clear associations in the dogs’ head between the name of a well-known object and themselves.

In other words, if the dog understands what a particular word means, then these signals will coincide only when you pronounce the correct set of sounds. The opposite would indicate that dogs do not recognize human speech and are guided by the sounds themselves or various non-verbal signs, as did, for example, the “speaking” horse Hans at the beginning of the 20th century.

As it turned out, the differences in the reaction to familiar and unfamiliar words, as well as abracadabra really exist. This confirmed that dogs understand the meaning of individual words and associate them with certain objects. On the other hand, the observations revealed an unexpected phenomenon that distinguishes dogs from people.

In them, as neurophysiologists explain, the brain reacted more actively to unfamiliar words than to familiar ones, whereas in humans it usually happens the other way around. As Burns and his colleagues suggest, this may mean that the dogs just like to learn and bring pleasure to the owner by learning new commands.

Interestingly, scientists could not find in the brain of dogs an unambiguous “center of speech” – a certain analogue of such a structure was found only in half of the four-legged participants in the experiment. As the researchers suggest, this failure may be due to the fact that representatives of various breeds participated in the experiments. They will test this hypothesis very soon.