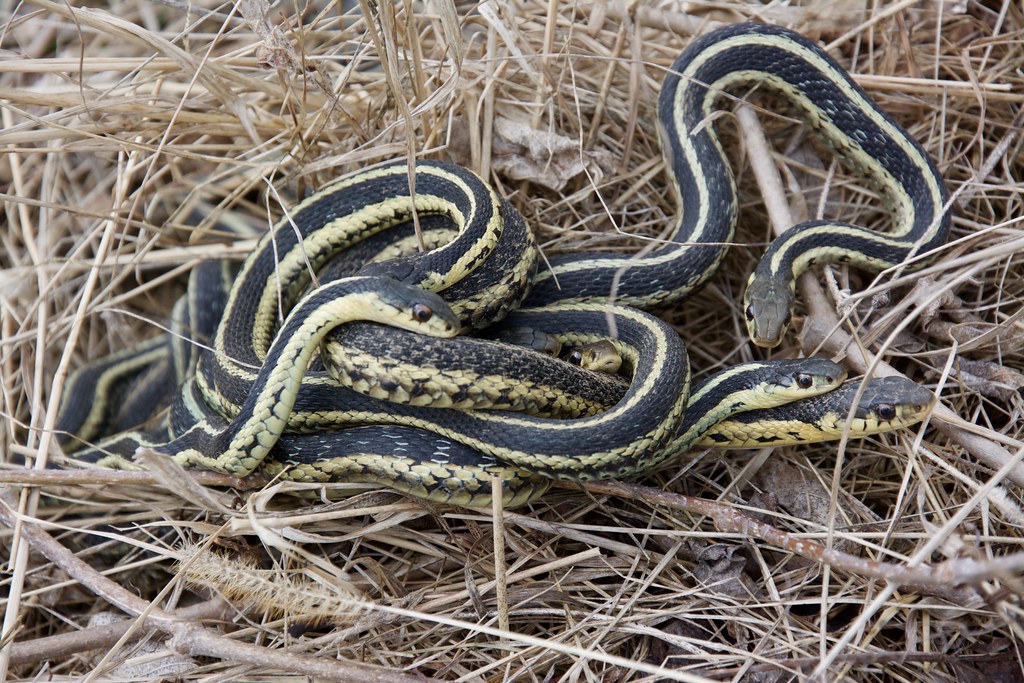 Despite the fact that many of us consider snakes to be cold and soulless creatures, these reptiles tend to form close groups of three to eight individuals – and, separated for a while, invariably return to their comrades.

Garter snakes, also known as garden snakes, are some of the most common snakes in North America. In addition, they are found in Canada, Mexico and throughout Central America. These non-toxic reptiles live mainly in lowland areas, preferring moist areas. Often they can be seen sliding along the lawns or between the rocks.

Most of us consider snakes to be cold and lonely creatures, indifferent to others. However, a study published in the journal Behavioral Ecology and Sociobiology disproves this stereotype. Scientists from the USA and Canada examined the behavior of 40 garter snakes: 30 of them were caught in the wild, and ten were originally kept in captivity and were acquired from the breeder. So the researchers found that snakes tend to not only form communities, but also after forced separation always return to their original group.

“The social behavior of reptiles in general — and snakes in particular — is more complex and probably more significant than we thought,” says Elizabeth Pennis, an ecologist at the University of Florida.

Morgan Skinner, head of research and behavioral ecology at Wilfrid Laurier University, Canada, placed ten snakes in enclosed enclosures about eight meters each. There were four plastic crates there, in which the snakes could hide, so in order to find refuge, they had to group themselves. For ease of identification, all snakes were marked with different patterns of dots. Then the animals were photographed every five seconds for eight days, thereby tracking their movements. Twice a day, scientists recorded which groups these reptiles formed.

The results showed that snakes formed groups of three to eight individuals. Then the scientists decided to complicate the task: they pulled the snakes out of the boxes, cleaned the enclosure of smells and traces of animals – and placed them back in different places around the boxes. The images showed that the animals stubbornly returned to the group in which they were originally located. “All animals, even snakes, must interact with others,” Skinner notes. “Like us, they are looking for social contacts and choosing with whom to talk.”

In addition, the authors of the article conducted “personality tests”, evaluating the courage or shyness of snakes, placing them for some time in aviaries alone. As it turned out, it took some time for the bold snakes to look around, to sniff around, while the shy ones preferred to crawl into the boxes right away, stay inside them and not go outside. Meanwhile, being part of the group, they acted together: entering or leaving the shelter at the same time, regardless of the “type of personality” – perhaps this strategy helps the snakes to remain safe in the wild.