Scientists have created a map of freshwater resources on Earth 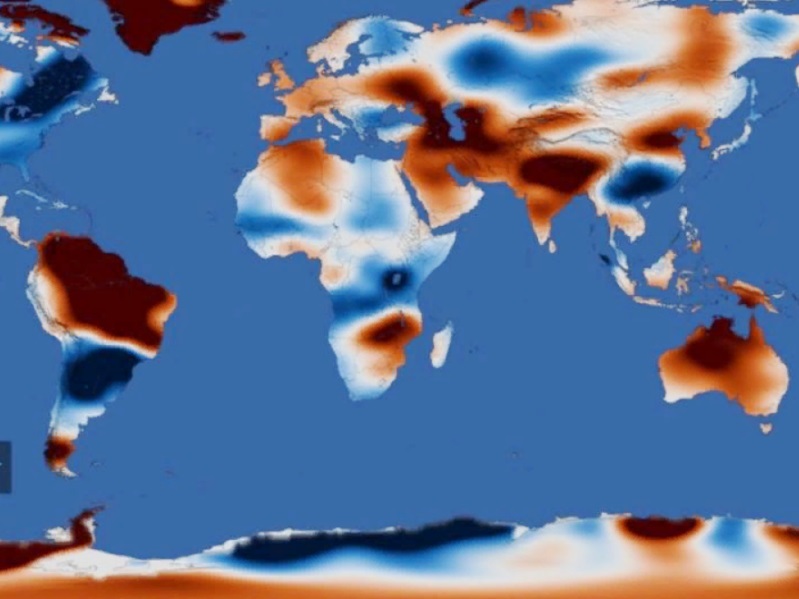 NASA published a map and video showing the status of fresh water resources on the planet and changing their state over the period from 2002 to 2016. A 15-year research period revealed that rainfall in rain-fed areas of the Earth increases, and they become even more humid, and in dry periods, periods with droughts increase. The reasons are called the human factor, climate change and natural cycles.

Observations of trends in fresh resources were monitored in 34 regions of the world. Meteorological and hydrological parameters were supplemented by diverse space data from several satellites. The study involved the US Geological Survey; Irrigation maps and all published reports on human activities related to agriculture, mining and the operation of reservoirs were studied. Only on the basis of the analysis of combined comparisons and comparisons of data did scientists get a complete picture of the reserves and causes of changes in fresh water on the Earth.

Scientists say that this is the first case of such a comprehensive study of freshwater resources. One of the key objectives was to find the reasons for the changes in fresh groundwater resources caused by natural variability (seasonal rainfall and droughts, periods associated, for example, with El Niño and La Niña) and the trends caused by the change climate or anthropogenic impact, such as pumping groundwater from an aquifer. On land, where fresh water is one of the most important resources of the earth, it is often exploited by people without considered miscalculations for the future.

For example, from 2007 to 2015, California experienced a severe drought, agricultural land had to be irrigated constantly. As a result, underground groundwater was sent to support farms – about 4 gigantons per year (gigatonna of water will fill 400,000 Olympic basins). Tendencies to reduce freshwater supplies due to the necessary irrigation is also observed in Saudi Arabia. Annually from 2002 to 2016 in the region “occupied” “by 6.1 gigatons in the reservoirs of groundwater. Naturally, this fact is reflected in the natural and climatic conditions of the territories.

In the course of a comprehensive analysis, major ten-year changes in freshwater not associated with human activities were also identified. For example, in the Zambezi basin and in the Okavango Delta (the wettest part of Africa), the water volume increased by an average of 29 gigatons per year. The wet period was preceded by a 20-year period with dry weather. This is an example of a series of natural variability that occurs regularly in this region of Africa.

Also, researchers have found that a combination of natural and anthropogenic factors can lead to complex, unpredictable scenarios in some regions of the planet. Similar is observed in the northwestern part of China. But to study this problem of fresh water thoroughly 14 years is not enough. Need more information, so NASA intends to continue studying the topic. The distribution of water resources for today is clearly presented in the video.