Scientists have created a plant-cyborg 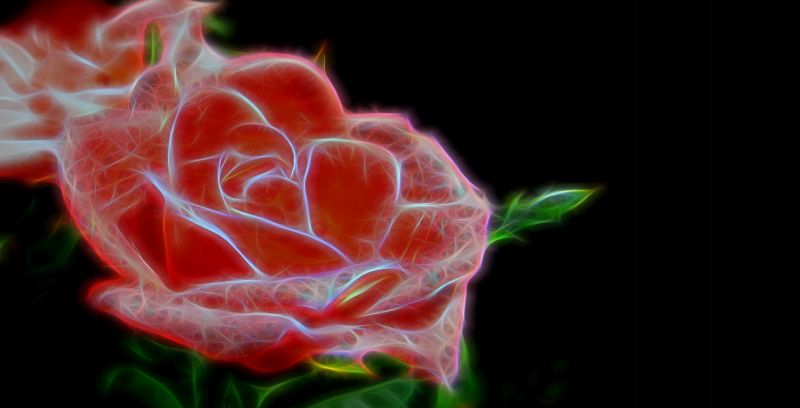 In the TV series Star Trek: Voyager, the spacecraft was in its kind unique invention, because the biological scheme enhanced its capabilities for data processing. What was once science fiction is now becoming reality: scientists have created a rose-cyborg, which functions as the electric circuit.

First cyber rose saw the light of day in 2015, when researchers from Linkoping University in Sweden showed unusual electrical plant, but not silicon and metal. The researchers implanted the flower of synthetic polymer which fall into the vascular system and eventually organized themselves in the long chain that is capable of conducting electrical signals.

The problem with the original prototype was the fact that the polymer had a tendency to clumping, as traveling through the vascular system, creating organic chain limited and local areas. The ultimate goal was to develop a fully functional flower-conductor, and therefore the researchers decided to create another, more appropriate version of a polymer (oligomer), which rose could absorb without harm to its vascular system.

The oligomer was eventually developed using 2-(3,4 ethylenedioxythiophene)3-tiefenbacher and 3,4-ethylenedioxythiophene. Its peculiarity lies in the fact that the molecules of this version of the polymer lower than the previous one, which allows it to penetrate anywhere in the vascular system without causing its clogging and forming an electric circuit. But the achievements do not end there. What’s a cyborg without a source of energy?

“Wire” from the oligomer within the plant are separated and isolated from the cells, which, in turn, rich in electrolytes. At a basic level, they are key components for creating a supercapacitor is a kind of battery that can hold a strong charge for a short period of time. For example, the system of emergency braking in the electric vehicle, supercapacitors are designed to temporarily store energy and return it to the motor.

Not to say that at this stage, the scientists will allow you to charge your smartphone, simply sticking a plug in any tree. But in the future this may mean that plants will cease to be the only source of food or green area. Forests can be turned into large-scale eco-generators that will have a positive effect on energy and the environment. In the end, the plant is kind of solar panels, and we can use them for their own purposes.