Scientists have created a silver nanowire on the basis of DNA 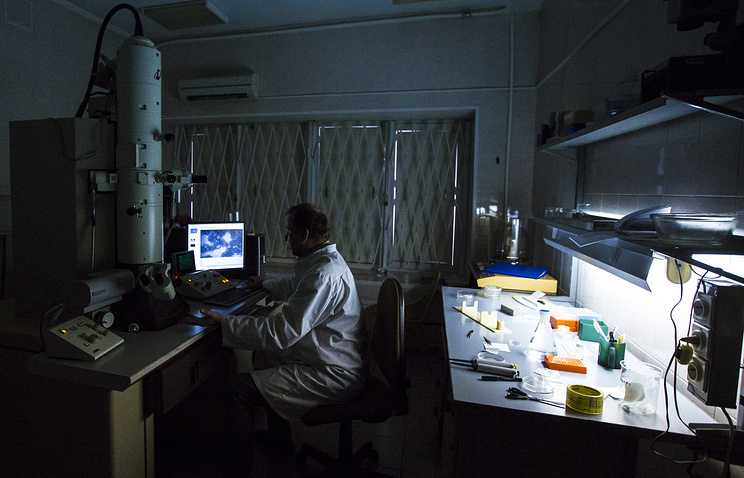 The international group of scientists from Russia and Israel has created a nanowire from molecules DNA and nanoparticles of silver.

“We have found out that DNA can interact with nanoparticles of silver and “take away” to ourselves atoms of this metal. Thus there is her metallization”, – are quoted in the press release Dmitry Klinov, the head of laboratory of medical nanotechnologies of FNKTs FHM and the teacher of department of molecular and transmitting medicine of MIPT.

According to scientists, by means of the molecules DNA carrying current it would be possible to create new generation of electronic schemes and electric devices, but conductivity of DNA in certain cases very low so researchers have decided to cover DNA with a layer of precious metal to improve conductivity.

Authors of work have noticed that DNA consisting of a guanine and a tsitozin (two of four nitrogenous bases which make structural units of molecule DNA), it is possible to metallize evenly silver atoms. They have added DNA which is artificially synthesized a guanine-tsitozinovuyu to solution of the silver nanoparticles covered with oligonukleotida, that is very short “pieces” of DNA and left for 2-3 days. Particles interacted with DNA and “gave” it the atoms. As a result of DNA has evenly become covered with silver atoms.

The received molecule scientists call E-DNK (“Э” – electric). E-DNK becomes more rigid and steady against mechanical deformations; besides, it can’t be destroyed by the enzymes specific to an initial molecule. “As atoms of metal are evenly located along molecule DNA, we expect that such nanowire will be a good conductor”, – Dmitry Klinov explains.

In further researches authors will continue to study E-DNK properties and mechanisms of her metallization.