Scientists have created a simulation of the tunnel between the worlds 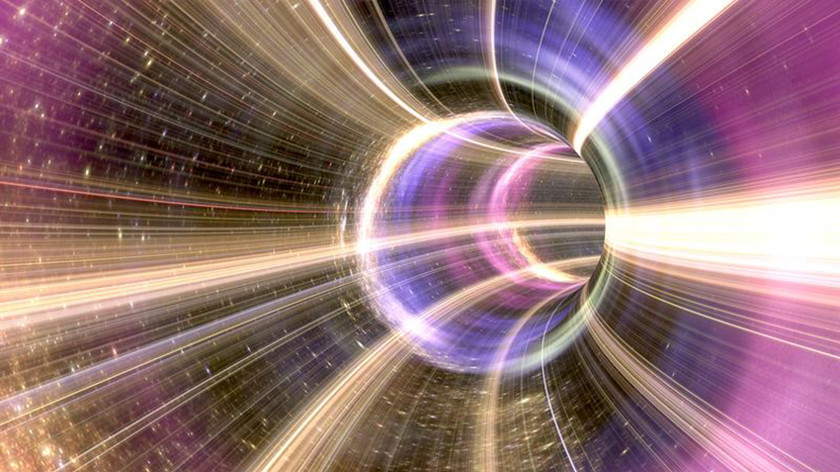 Physicists have demonstrated a simple and at the same time illustrative model of how the so-called wormholes can work in space.

Wormholes, or wormholes, are hypothetical curvatures of space-time, a kind of tunnel between distant points in space, or completely moves from one world to another. Scientists have advanced many theories about how a wormhole works. But it was impossible to create her model or at least some similarity for conducting experiments. All calculations were performed on a computer.

But a group of Chinese scientists together with colleagues from the UK came up with an original way to show in practice how the black hole works. True, their model is two-dimensional, but it is quite suitable for working with acoustic waves, because they can spread in two-dimensional space.

Researchers printed on a 3D printer two slightly curved plates with holes in the center, which should imitate the funnel of a black hole. Then the edges of these holes were connected with a short tube. When a wave runs along one plate, it disappears, reaching the edge of the hole – just like matter disappears, diving into a real black hole.

But then the wave transmitted through the tube appears on the second plate. For outside observers who do not see this very tube, it appears as if from nowhere. In the same way, a substance that has passed through a wormhole must “emerge” somewhere in space.