Scientists have created a Stingray. 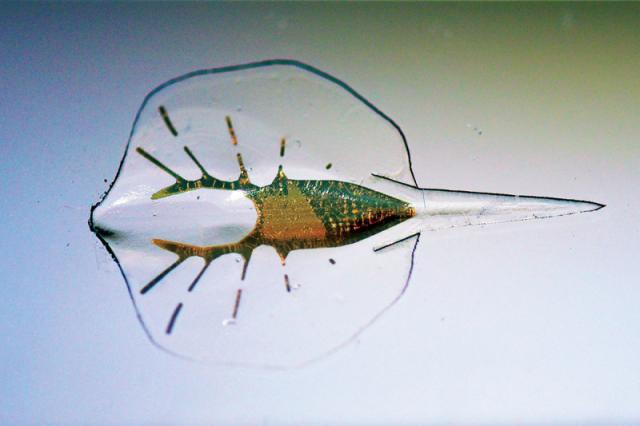 Experts from Harvard University have created a 16-millimeter robot-cyborg in the form of a ramp. The robot has a Golden skeleton covered with a flexible polymer. Muscle cyborg is composed of 200 thousand living cells of the cardiac muscles of the mouse.

In order that the robot could move, scientists have altered the genes of the cells, making them sensitive to light. Under the action of light cells contract, allowing the cyborg makes a motion similar to the movement of the slope. The robot can be made to rotate. It is necessary to illuminate it from one side. Acting on him by waves of different frequencies, it is possible to change its speed.

Previously, scientists have created a jellyfish-cyborg, also using the cells of heart muscle, however, the previous design was less complex than SKAT-a cyborg.

The ultimate goal of the researchers is not to create living robots, but a study of the muscle cell and create an artificial heart that helps people experiencing problems with the functioning of this vital organ.