Scientists have created an ultrasonic levitation 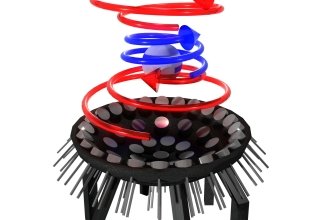 Scientists from Bristol University for the first time demonstrated the possibility of retaining in the air sound waves of objects whose size is longer than the wavelength. According to the researchers, the technology opens the way to the use of sound for the management of medicinal capsules and microinstruments inside the human body.

In the long term, this way, it will be possible to move heavier items and, who knows, perhaps even people.

Previous attempts to apply sound waves to manipulate particles that are larger than the wavelength, failed. The objects behaved unstably: they turned around uncontrollably and “jumped out”. Scientists believed that circumvention of this restriction is not possible.

Researchers from the University of Bristol decided to create rapidly changing tornado-like acoustic vortices with a calm “core”. Scientists have demonstrated that the rotation speed of an object can be varied by changing the direction of twisting of the vortices. In addition, specialists managed to increase the size of a quiet “core”, so that it was possible to keep larger objects in the air.

So, using ultrasonic waves with a frequency of 40 kHz (the same frequency is used for bats for echolocation), scientists were able to hold a polystyrene ball with a diameter of 2 cm. The diameter of the ball was approximately twice the wavelength.