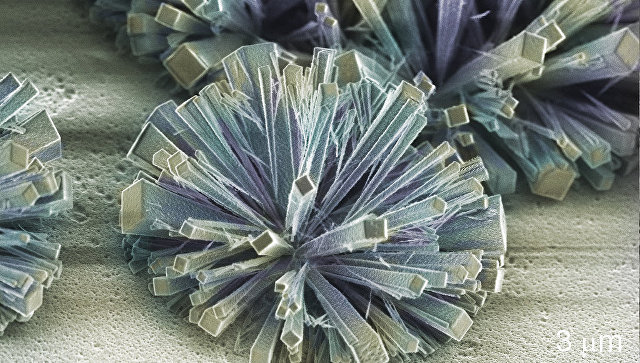 The Russian and foreign physicists created the nano-diamonds similar in the form to equilateral pyramids and needles which unusual properties can make them the principal component of quantum computers and bright LEDs.

“The essence of our method consists in use of the well-known regularity defining formation of films from crystallites of the drawn-out form. Ice on the surface of lakes often consists of them, for example, that can be seen in case of its thawing” — Alexander Obraztsov from Lomonosov Moscow State University opens a technique of manufacture of diamond “pyramids”.

Diamonds and diamonds represent the crystals consisting of carbon atoms. Thanks to high strength of communications in between, these gemstones are one of the strongest and high-melting materials on Earth, and some synthetic “versions” of diamonds created with the assistance of the Russian physicists can withstand the loadings exceeding pressure at Earth center approximately three times.

As Obraztsov tells, today physicists, engineers and industrialists are involved by not only mechanical properties of these stones, but also their unusual quantum characteristics allowing to use special “defective” diamonds, the comprising single switching on of atoms of other substances, as superstable storage cells of quantum computers.

According to the scientist, for development of similar devices ideal option if diamonds possessed not the normal cubic form, and the filamentary, needle-shaped or pyramidal form. In a case with normal diamonds it isn’t difficult to achieve it – to grind a stone enough and to give it any desirable form, however for diamonds of the nanosizes it can’t almost or be realized extremely expensively. 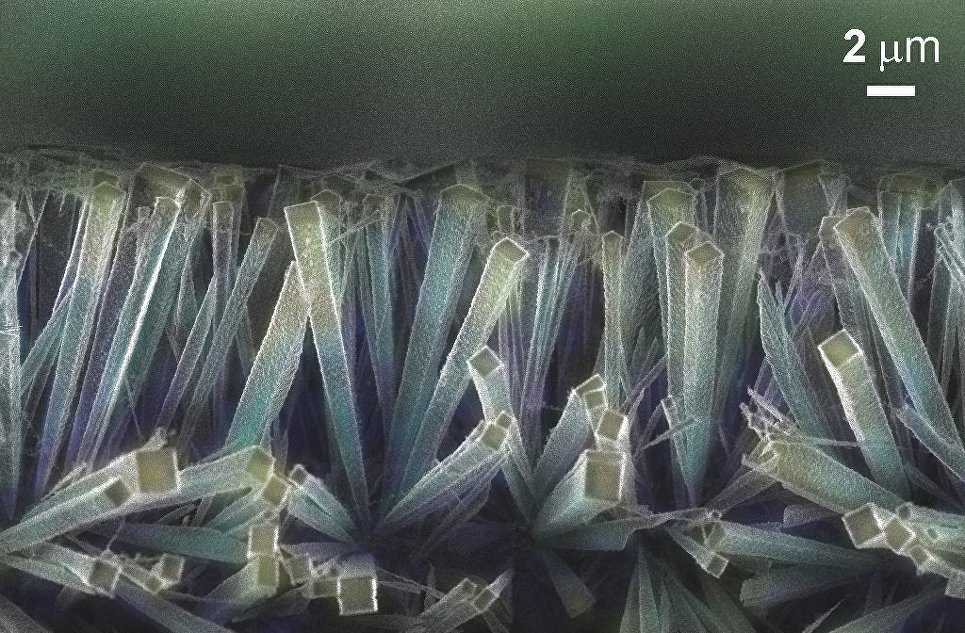 The needle diamonds created in MSU

Obraztsov and his colleagues solved this problem, having developed the technique allowing to grow up diamonds of the necessary form, using those principles by which ice kristallik in the freezing pools are created.

It turned out that some “defective” diamonds which jumped out or processed in case of cultivation of synthetic gemstones earlier consist of unusual kristallik which can be used as “building material” for assembly of threadlike diamonds.

For their allocation and gluing together as Obraztsov tells, it is enough to heat a film in which they are created, to rather high temperature that all impurity and its unnecessary parts evaporated, and the microcrystals having higher refractoriness remained on the place. Similar acceptance, emphasizes the physicist, allows to receive diamond pyramids and needles in mass quantities that is a profitable thing from the point of view of their industrial production.

Optical and physical properties of such diamond “pyramids” strongly depend on their thickness, height and other dimensional characteristics that allows to manage flexibly their purpose, changing these sizes. According to physicists from MSU, such crystals can be used as a tip in electronic microscopes, light sources, nano-scalpels and qubits.

As the press service of MSU notes, the probes now made on this technology are implemented as the foreign companies, and in the domestic market.