Scientists have created interactive 3D – the atlas of an embryonal development 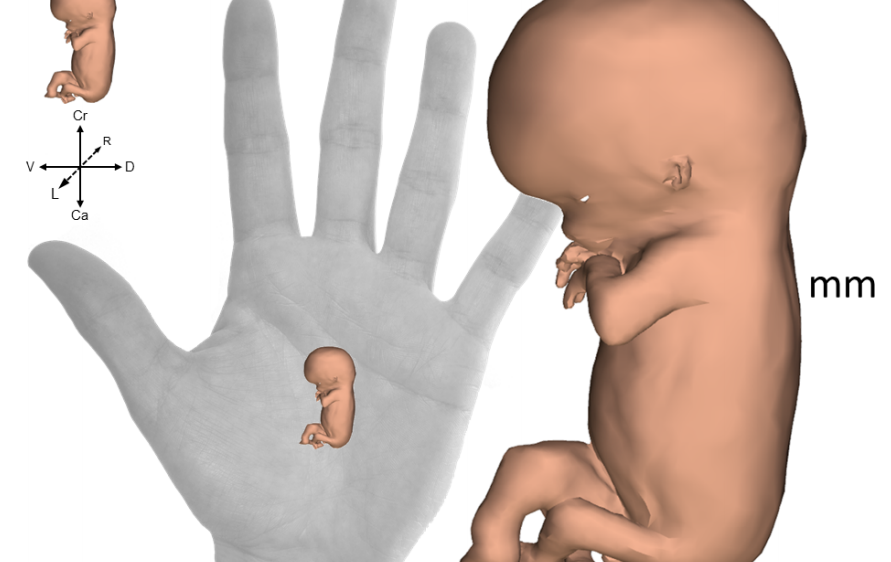 The Netherlands scientists have created the three-dimensional atlas of prenatal development of the person in the first two months after conception.

Illustrations often contain a set of inaccuracies in modern textbooks of embryology. As receiving samples of human embryos is limited, many data in them are based on sketches of 100-year or extrapolated from observations of animals. At the same time independently it is impossible to check reliability of data on the prenatal period of human life. Deficiency of information complicates researches in this area, and also diagnosis of pre-natal malformations of a fruit.

To meet a lack, the staff of the Academic medical center in Amsterdam has manually analysed and has digitized about 15 thousand histologic medicines (micrometer cuts of biological samples) from a collection of the American Institute of Carnegie. Authors identified and have marked digital tags of 150 structures and body organs of embryos then reconstructed their three-dimensional computer models. The atlas of development in the period from 15-17 to 56-60 in the afternoon after conception became result. 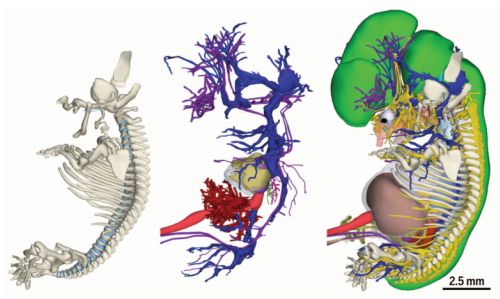 Skeleton, blood system and reconstruction of a 8 weeks embryo without integumentary fabrics

All models have been classified by stages of development and transformed to an interactive format 3D-PDF (it is available to viewing by means of Adobe Reader X or above). It is possible to download models from the project website. The atlas allows to consider both an embryo in general, and its separate structures, bodies and systems. For descriptive reasons scientists have specified the embryo sizes in millimeters and in comparison with the adult’s palm. Besides, the atlas contains histologic cuts with descriptions in the Tiff formats (for IrfanView) and Amira.

Work on creation of the atlas велас since 2009. Part in her was taken by group of embryologists with assistance of 75 students.