Scientists have created model of the early Universe 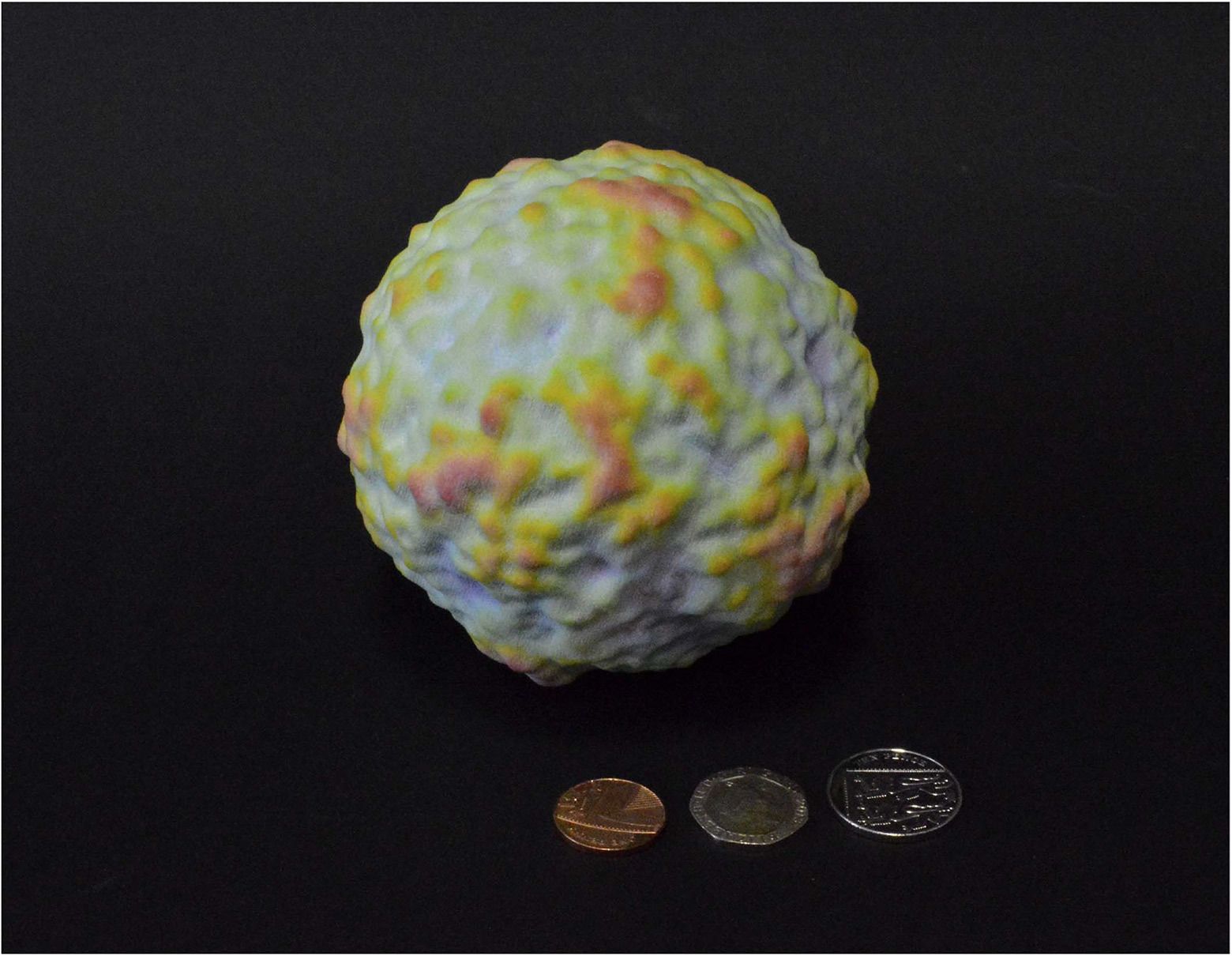 The journalist of The New York Times visited laboratory in Brooklyn in which of the 3D-printer the Universe model – such what it probably was approximately through 380 thousand years after the birth is born.

Professor of astronomy in New York Barnard college Jenna Levin and group of her employees decided to show process of creation of model to the journalist.

For “preparation” of the Universe they use the algorithm developed by the American researchers together with experts from Imperial college in London. The special computer program “Space Sculpture” is based on a card which was created by means of the samplings of space microwave background radiation which are carried out by orbiting observatory of Planck.

The model of the early Universe printed on the 3D-printer looks as a full-sphere of the size of a ball for playing softball. On its surface hotter areas – traces of the Big Bang are marked in bright colors, and remaining the pale blue shade has the surfaces of the sphere.

“We don’t have need to convince someone that this model is correct – marked professor Levin. – We were guided only by a card of relic radiation”.