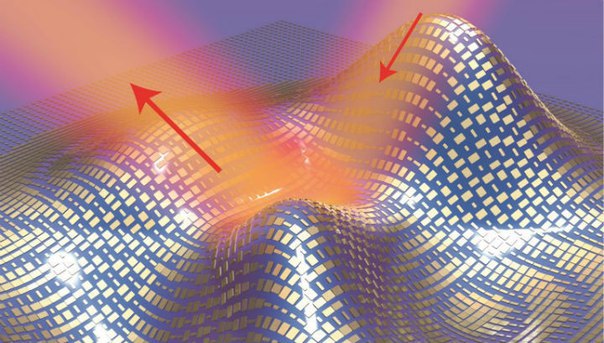 The invisibility cloak is covering the object of arbitrary shape, causing light to be reflected from the roughness of the coating as a flat surface.

For centuries people dreamed of to obtain the ability to become invisible. It is not surprising that scientists from around the world have long been trying to create a cap of invisibility or the cloak of Harry Potter.

To date a number of prototypes of such devices is measured in tens, but usually they have significant restrictions in use. For example, hide an object only in a particular frequency range, or hide objects of a specific size and shape.

In the new study, physicists from the University of California at Berkeley have developed a thin cloak, able to hide in the visible range of objects of any shape. And although at this stage the technology only works on a microscopic scale, the underlying principles will soon be made invisible and larger items.

The human eye observes the world by the diffusion, which occurs due to the interaction of light with various chemicals. The rules that govern these interactions, can be overcome by using metamaterials, the optical properties are determined by the chemical composition, and artificially created structure.

One of the world’s leading experts in the field of metamaterials Xiang Zhang (Xiang Zhang) and his colleagues for many years worked to develop technology to bend light waves and to control their reflection. The previous invention group, in the form of capes, has already made it possible to hide the contours of objects, but at the same time the cloak can be easily detected, which greatly reduces the masking ability of the device. Additionally, these prototypes were bulky and could hardly be used outside of the laboratory.

In the new work, Zhang’s team used a film thickness of 80 nanometers, consisting of tiny gold nanoantenna. Scientists cover “nanoplasm” area of 1300 square micrometers three-dimensional microscopic objects of arbitrary shape. The antenna can be switched on and off, changing their polarization. And if in the off state, the picture the camera viewed the silhouettes of covered items, after their inclusion of the light reflected from the coating as completely smooth mirror, hiding and hidden figures and covering their material.

“This is the first time a three-dimensional object of arbitrary shape managed to completely hide from visible light, — said Zhang in a press release. — Our ultra-thin coating and now it looks like a Cape. It’s easy to make, use, and potentially can be scaled to hide macroscopic objects”.

Of course, if we talk about the scope of the invisibility cloak in the first place that comes to mind camouflage military installations and spy technologies. But in fact, the ability to control the interaction between light and the material opens up broad prospects for more peaceful purposes. For example, for the development of new optical microscopes and superfast optical computers, encryption systems and 3D displays.

The detailed results of a new study published in the online edition of Science.