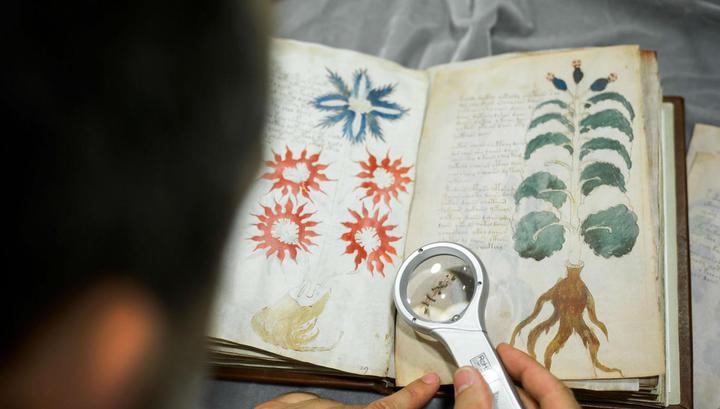 Scientists managed to advance in the study of the mysterious Voynich manuscript. Many specialists, including CIA cryptographers, for a long time investigated the text written in an unknown language, but attempts to decipher it were unsuccessful. Employees of Albert University in Canada used to solve this problem of artificial intelligence, reports cbc.ca. As a result, they determined the language of the manuscript and translated the first sentence.

To decipher the medieval manuscript, scientists developed an algorithm. When verified on the Universal Declaration of Human Rights, which is translated into 380 languages, it showed a 97 percent accuracy in determining the language of the document. Applying the algorithm to the Voynich manuscript, the specialists came to the conclusion that it was written in Hebrew.

In the manuscript the cipher is used – in words the order of letters is changed, vowels are missed, researchers note. They managed to translate the first sentence, which says: “She gave recommendations to the priest, the head of the house, me and the people.”

Scientists said that to fully decode the manuscript, only artificial intelligence is not enough. Hebrew specialists, cryptographers and historians should work together on the translation.

The Voynich manuscript dates back to the 15th century. The 240-page manuscript contains images of unknown plants and celestial bodies. Specialists distinguish in the book six sections: botanical, astronomical, biological, cosmological, pharmaceutical and prescription. It is named in honor of the bibliophile and antiquarian Wilfred Voynich, who bought it at the beginning of the XX century. Some scholars hold the opinion that this text is just a hoax.