Scientists have deciphered the DNA of an ancient panda 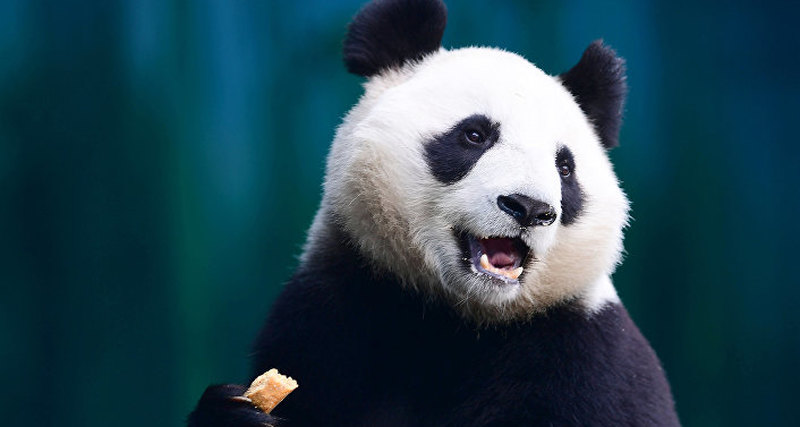 Scientists first extracted scraps of DNA from ancient pandas from 20,000 years old and found that in the recent past in southern China there was another species of these bears, completely extinct afterwards.

“The DNA of this panda tells us that she was a close, but not a direct parent of her modern cousins. At the same time, it was not their ancestor and was a separate species with its own history. This suggests that we must learn and study the genomes of other ancient pandas to understand what has “driven” them to a small corner of China where they now live, “says Qiaomei Fu from the Institute of Paleontology and Paleoanthropology of CAS in Pekin.

Large pandas (Ailuropoda melanoleuca) – the only species of the bear family, whose representatives feed exclusively on plant foods. On the day the panda needs about 30 kilograms of bamboo, so there is almost always when it does not sleep. However, until now little is known about where and when the ancestors of pandas lived, and how they switched to a fully vegetarian diet.

Only recently paleontologists found out that the oldest “bamboo bears” did not live in Asia, but in Europe; their remains were found in Hungary. But if pandas appeared on the territory of Europe, then how did their descendants find themselves in China and why did their relatives die out in other regions of the world?

Fu and her colleagues took the first big step toward unraveling this mystery by isolating DNA fragments from the teeth and jaws of the panda whose remains were recently found in the Cizhuto Cave in southeast China, in the Guangxi area, a few thousand kilometers from the modern “kingdom of pandas” “In the mountains of Sichuan.

These remains, as scientists say, fell into the soil at the bottom of the cave about 22 thousand years ago. For this reason, paleontologists did not expect to find traces of DNA in them – as Fu explains, DNA is very poorly preserved in wet and hot tropics, it is usually quickly washed out of teeth and bone tissue.

But this time the scientists managed to isolate and restore mitochondrial DNA (mtDNA) – a special part of the genome that is transmitted from the mother to her children along with mitochondria, cellular “power plants”. Mutations in it accumulate rather slowly, which makes it possible to use mtDNA to study the relationship between individuals and taxa.

Fragments of the DNA of the ancient panda told the scientists a lot of interesting things. From the mtDNA of its modern relatives, the DNA of the ancient pandas was distinguished by 18 mutations. This indicates that the pandas from the cave of Tzizhuto belonged to the related kind of pandas, whose separation from modern bamboo bears occurred 183 thousand years ago. After that, the species did not move in their own evolutionary trajectory.

The discovery of a new kind of pandas, as Fu explains, allowed her team to clarify the time of appearance of this species. As their calculations show, pandas of the species to which the bear belonged from the cave appeared approximately 12-10 million years ago, which coincides with the age of the Hungarian “grandfather” of all pandas, Miomaci panonnicum, and his Spanish “cousin” Kretzoiarctos beatrix.

Deciphering other genomes of ancient bears, as geneticists hope, will help us understand why the penguins from Tzizhutu and their relatives living in the tropical part of China completely died out, while the sacred inhabitants of the Szechwan forests continue to exist to this day.