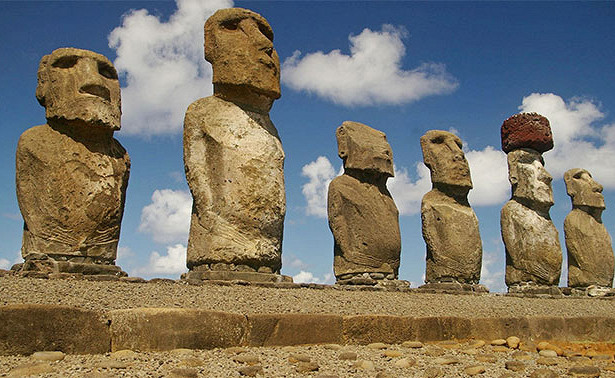 Paleogenetics deciphered the DNA of the ancient inhabitants of Easter Island and came to the conclusion that they were relatives of Polynesians.

According to scientists, the people of Easter Island did not contact the Indians of South America, as was previously thought. Moreover, they generally did not contact people from outside before the Europeans arrived on the island.

A scientist from the University of California, Lars Feren-Schmitz, together with colleagues, decoded the DNA of the ancient inhabitants of the island of Easter, who lived before the arrival of Europeans, and compared them to the DNA of people who lived on the island during the sunset of civilization. Studies have shown that island residents did not contact people for several thousand years before the arrival of colonizers from Europe on the island.

The civilization of Easter Island arose more than two thousand years ago and after the arrival there of Europeans almost completely degraded due to the depletion of the island’s resources and inter-tribal conflicts.

Civilization was lost in the middle of the 19th century, when the island was occupied by slavers.