Scientists have deduced the formula of happiness” 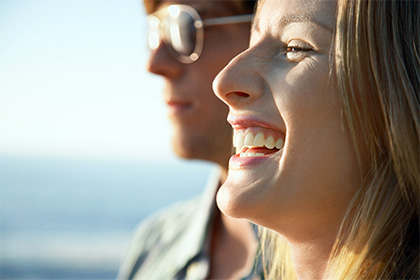 Scientists have presented a mathematical “formula of happiness”. It takes into account personal achievements of the person, and the impact of the successes and failures of others for your own attitude. The results of the study presented in the journal Nature Communications.

Mathematics and psychology from University College London has invited 37 strangers to each other volunteers. They were asked to perform a series of tasks to assess the level of happiness and factors affecting it. Final connections and patterns was presented in the form of complex formulas.

First, volunteers were asked how they would split the cash with a unfamiliar person. Then they played this amount in a casino game, being able to see won or lost their new partner in the same game. Overall, the unequal result of a reduced level of happiness: people don’t like you, if they won more (guilt) or less (envy) money than what they only met strangers.

In addition, it was found that the dynamics of happiness of the respondents is not determined by random factors, like sympathy or antipathy to a stranger, the outcome of the game, and a stable psychological personality traits — a tendency to jealousy and guilt. Surveyed individuals clearly broke up into a group of “generous” (who is more upset his winnings and gave the stranger 30 percent of the money in the first task) and “misers” (they were more saddened at the loss, and they singled out others only 10 per cent of the total).

According to scientists, generosity to strangers is directly associated with how man’s happiness is influenced by the situation of inequality they faced in life. In addition, the “formula of happiness” can also be used for accurate measurement of empathy (an important indicator for the diagnosis and treatment of psychopathy).

The formula of happiness. t — room games, and w0 is a constant, the others w describe the impact of different events. 0 < γ < 1 is the forgetting factor, which recent games have more effect on your health than more remote in time. CRj is a small fee that volunteers receive, if you refuse the game. EVj — the average amount of winnings in the game, RPE — reward minus expectations from the game. W4 is associated with feelings of guilt (when the winning Respondent Rj more than you win unfamiliar second party — Oj), w5 — c envy (when, by contrast, exceeds Oj Rj).