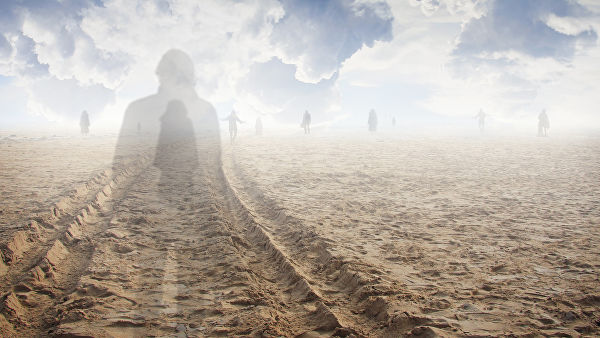 Recently, open hints that the probability of a person’s death stops growing at 105 years old turned out to be a statistical error. About this writes the Australian biomathematician, who published an article in the journal PLoS Biology.

“The birth certificates of these long-livers were filled with illiterate people. Only a third of them knew how to read and write, and on average they had only one class of education. At the same time, they had to be mistaken a thousand times less than doctors do during clinical trials which is highly unlikely, “said Saul Newman of the National University of Australia in Canberra.

For many living beings there is a certain maximum age, determined by the so-called Gompertz law. He says that most of the animals die of old age when they reach a certain age, and the rest of the chances of dying the next year begin to grow exponentially.

In recent years, scientists have been actively arguing about whether it is typical for humans. In October 2016, American researchers showed that a similar maximum age is probably 100-115 years old, which is rather modest by the standards of some biblical characters.

Further improvement of medicine will not increase the average life expectancy indefinitely – the limit of a person’s age is most likely about 100 years, at which death rate rises sharply regardless of all external factors.

The positions of this theory were shaken this year, when scientists from California analyzed how often the oldest people on Earth who live in Italy die. It turned out that the probability of their death ceases to grow after the 105th birthday. This led researchers to conclude that there is no limit to life.

Newman doubted such conclusions, drawing attention to the fact that all modern centenarians were born in that historical era, during which most people in Europe and other parts of the modern “first world” did not know how to read and write, and had low literacy.

He checked how these errors could affect longevity statistics and the conclusions of his opponents. To do this, he created a fictional set of demographic data, and introduced random errors at the age of every ten thousandth non-existent person.

They imitated various errors, due to which the date of birth of each individual could either increase or decrease by 5 or 10 years. Such “typos” initially had little effect on the average age of people, but they began to cause serious problems closer to 80-100 years of age – about 13% of the “surviving” long-livers were wrong.

These errors, as shown by Newman’s calculations, in most cases distorted the statistics in such a way that the probability of death of long-livers not only remained at the same level, but sometimes fell. According to the mathematician, something similar happened in the analysis of demographic data from Italy.

Kenneth Wachter from the University of California at Berkeley (USA), one of the authors of this discovery, does not agree with the findings of the Australian researcher.

He stressed that “Newman did not even try to analyze the data we collected, but simply created a” hypothetical scenario, “about which everyone has known for more than a millennium and about which we wrote in our own work!”.

According to him, the number of statistical errors, about which the mathematician writes, is in fact not very small, but excessively large, not taking into account the fact that already in 1860 in Italy there existed a strict system for checking demographic data. Therefore, his team rejects such criticism and does not intend to abandon its findings, concludes Wahter.