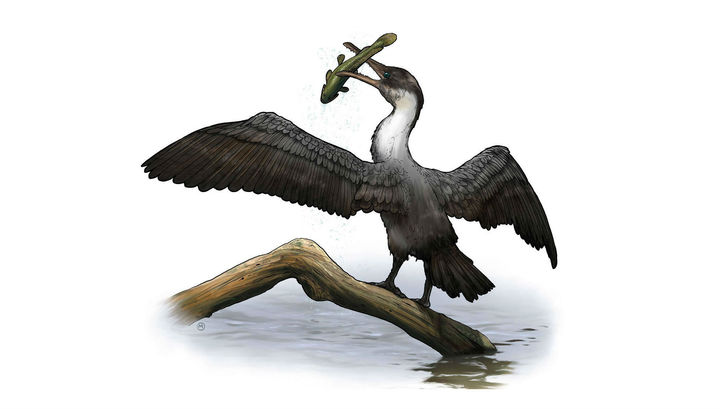 Researchers from the Rochester university found on the island of Axel Heiberg of a fossil of earlier unknown species of a prehistoric bird. An age of the found fossil – about 90 million years that does such find of one of the most ancient birds among the remains living once in northern latitudes.

Besides, such opening also produces the additional evidence that in the late Cretaceous (then this bird lived on the planet) the Arctic experienced the considerable warming.

The surprising bird was christened by Tingmiatornis arctica: tingmiat is translated from inuktitutsky language as “flying”. In this language inhabitants of central and east parts of the Canadian Arctic archipelago (the territory of Nunavut) — terrains where discovery was made talk.

Nakhodka is dated the Turonian tier of the Cretaceous — about 93,9-89,8. Researchers say that remains of an ancient bird help them to understand rather precisely how she looked during lifetime. 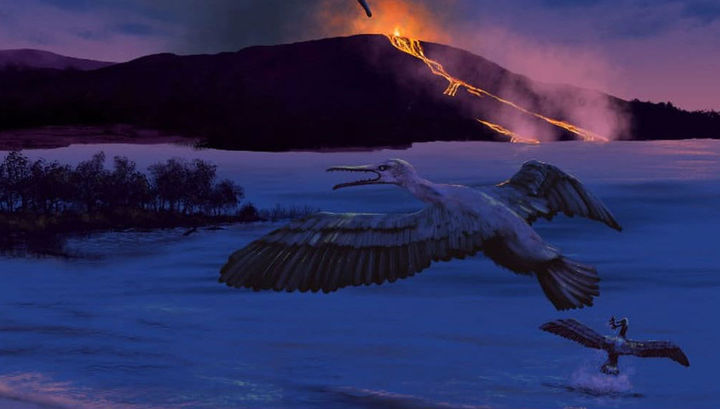 “The bird was a hybrid of a big seagull and the diving bird, for example, of a cormorant. But it, most likely, had teeth” — John Tarduno from the Rochester university says the processor.

Earlier finds showed presence of carnivorous fishes 0,3-0,6 meters long (such as ilny fishes). Birds who ate them shall be more and have teeth. It also suggested scientists an idea of additional characteristics of a type of T. arctica.

Studying of a fossil and sedimentary breeds in the place where discovery has been made, also has helped to present better an ecosystem of the Arctic at that time. Then volcanic activity was characteristic of these places. Here once there was a bay with fresh water, and temperature could be compared to that which is observed in subtropical zones today – northern Florida, for example.

The area was also once inhabited by turtles, kinds of fresh-water fishes and already died out reptiles reminding crocodiles — hampsozavra.
However, even before detection of a fossil, experts already assumed that this area once was “warm”, Tarduno says. 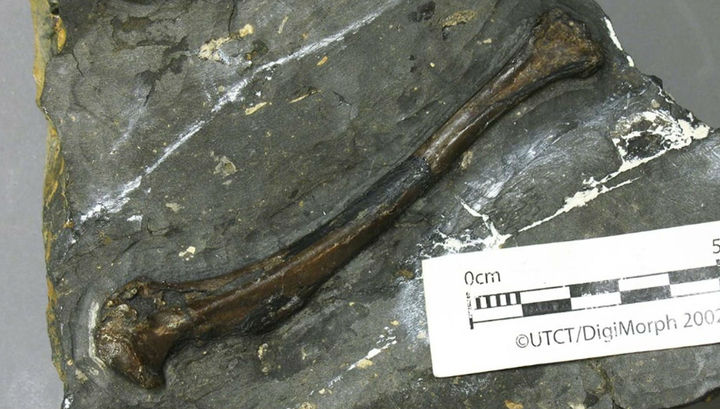 The matter is that here the fields of a basalt lava formed as a result of a series of ancient volcanic eruptions are located. Researchers consider what emissions of volcanoes, the creating greenhouse effect at that time, and the period of exclusively high temperatures in polar regions have made this Wednesday ideal for such large birds as T. arctica.

Results of a research and the description of earlier unknown species of a bird it is published in article of the Scientific Reports magazine.

By the way, it is not the first time when fossils help to tell not only about ancient animals, but also about features of their development: for example, one such find has helped scientists to clear evolution of singing at birds.