Scientists have determined what kind of water people 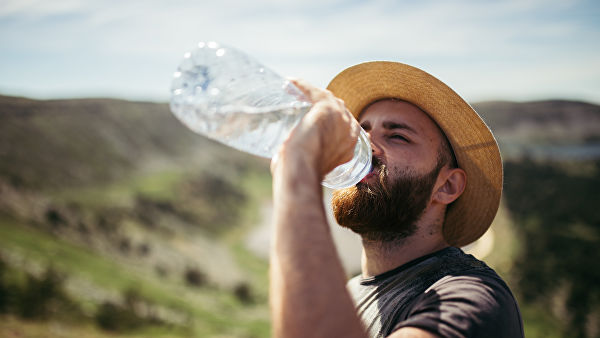 Scientists of Tomsk Polytechnic University (TPU) and Pavlodar State Pedagogical University (PGPU) have determined the composition of water that is contained in the body of people, animals, insects and other living organisms. This was reported in the press service of the TPU.

Water is contained in any living tissue: for example, in human bones it is 5–10%, in the brain 30–40%, in the blood 70–80%. This liquid, scientist Vladimir Vernadsky called “biological water”.

There are many studies of the composition of blood, urine, plasma. Well-known compositions of sea, river, groundwater. However, the elemental composition of biological water is practically not studied.

According to the head of the study, Professor of the Department of Geology, TPU, Leonid Rikhvanov, for the first time they managed to obtain data on the presence of chemical elements in the water contained in living organisms, their level of accumulation in the body.

To determine the composition of the liquid, blood, spleen, liver, kidney, lung, muscle tissue, and subcutaneous fat of a seven-month-old pig were used. This animal is very close to humans in its physiological characteristics.

Scientists used a special vacuum unit to separate water from organs and tissues. The various parts of the piglet were heated to one hundred degrees, the water evaporated and condensed in the form of a distillate.

It turned out that biological water consists of 70 chemical elements, including uranium, thorium, bromine, lead, iron, aluminum and rare-earth elements.

“Water in different tissues and organs differs in its chemical composition and maximum concentration of elements. For example, 25 elements accumulate in blood relative to other organs and tissues, and 19 in the spleen. Almost all of the organs and tissues studied contain sodium, calcium, silicon, potassium. There is a high level of potassium in the spleen, there is a lot of iron in the muscles, and barium, bromine, lead, bismuth in the blood, ”Leonid Rikhvanov explained.

These data were published in the journal “News of Tomsk Polytechnic University. Engineering of georesources”.

Scientists plan to continue the study. The next stage is to establish a relationship between the composition of the liquid and the ecology of the environment, which will allow to identify areas of environmental distress for humans. For this, the composition of water in the organs of a pig from an environmentally unfriendly area will be determined, and then compared with the results already obtained.

According to Leonid Rikhvanov, now plants, soils and other components are analyzed to assess the ecological situation. A model object of study close to man is proposed. A new study will determine how technogenesis affects the human body directly.