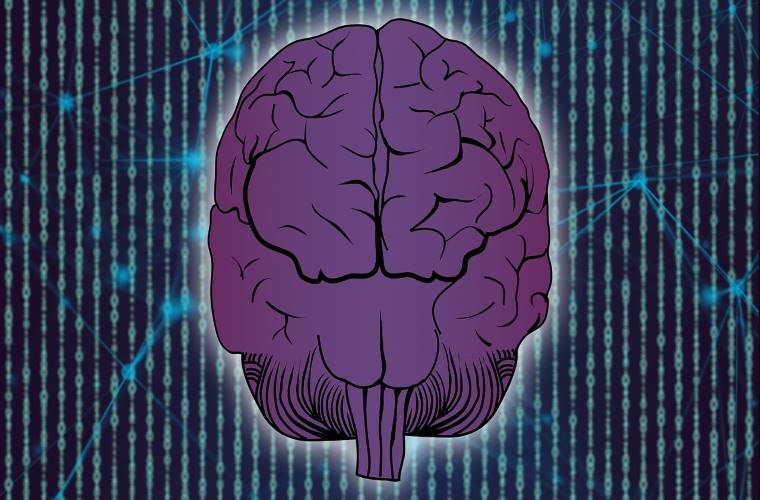 A group of South Korean researchers has developed a method for controlling consciousness using only the power of light. According to the researchers, the process is completely reversible and has already been successfully used on mice under laboratory conditions to control emotions and behavior.

Signal transmission in the brain is accomplished by electrical and chemical messaging between neurons and other types of cells. This mechanism is controlled by chemical neurotransmitters, which are released by neurons to facilitate intercellular communication.

Now, in an attempt to better understand this mechanism, as well as the possibility of somehow manipulating the release of these neurotransmitters to control emotions and behavior, a group of South Korean researchers has stumbled upon a method that they say has been successful. 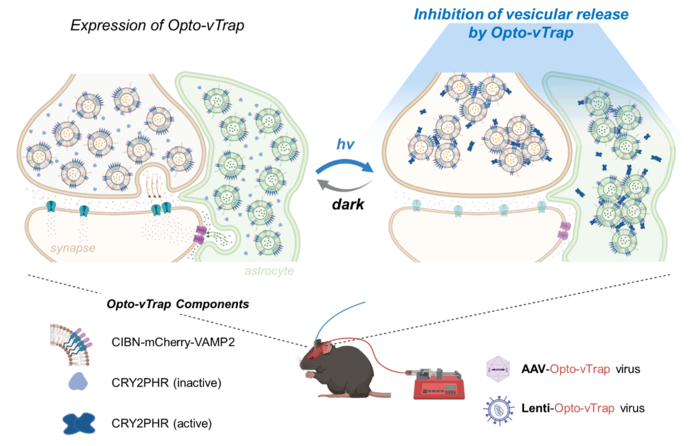 (Top left) Opto-vTrap components were expressed in vesicles and cytoplasm. (top right) Blue light causes vesicle clustering and complete inhibition of exocytosis. After the blue light is turned off, the vesicles decluster and quickly return to their normal state. It is suggested that Opto-vTrap could serve as a next-generation optogenetic silencer to control brain activity and behavior with minimal collateral effects. Credit: Institute for Basic Science

Under the direction of Director K. Justin Lee of the Institute for Basic Science’s (IBS) Center for Cognition and Sociality and Professor Heo Won Do of the Korea Institute of Science and Technology (KAIST), the researchers developed a tool they called Opto-vTrap.

Opto-vTrap, the press release explains, is “a light-inducible and reversible inhibition system that can temporarily keep vesicles from being released from brain cells.”

The findings, published in the scientific journal Neuron, consist of a single light source that emits blue light of a specific wavelength.

This light allows researchers to turn the release of these neurotransmitters on or off, enabling them to manipulate emotions and behavior on a chemical level. And, as the research team notes, depending on the specific area of the brain that is targeted, very specific emotions and even behaviors can be induced or suppressed, depending on the desired outcome.

“The research team tested the feasibility of using Opto-vTrap on cultured cells and brain tissue slices,” the press release explains.

“In addition, they tested the method on live mice, which allowed them to temporarily remove fear memory in fear-conditioned animals.”

The research team that created the newly discovered technique is focused on the positive results it will yield for their fellow researchers from different scientific disciplines.

“Because Opto-vTrap can be used in different cell types, it is expected to be useful in different areas of brain research,” Professor Heo noted.

This, they note, may not only allow researchers to better understand and test the brains of laboratory animals, but also lead to real-world treatments for people suffering from a wide range of neurological disorders.

“The usability of Opto-vTrap could extend not only to neuroscience, but also to our lives,” said Director Lee.

“Opto-vTrap will contribute not only to figuring out brain circuitry, but also to treating epilepsy, treating muscle spasms and skin tissue expansion technologies,” Professor Heo added.

All this is fine, but in the history of mankind there are enough examples when inventions of scientists designed to benefit people, brought only harm to our civilization. The idea of controlling people’s emotions and behavior will primarily interest the authorities of countries and the military… How will they use it?