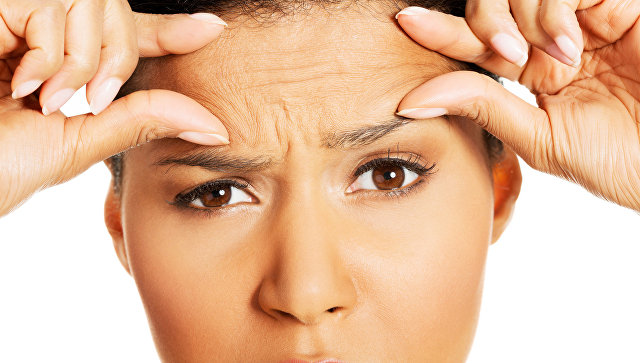 Observations of the life of elderly mice revealed an interesting fact – their skin heals cuts and other wounds faster and “better” than in young individuals. This conclusion was made by biologists who published an article in the journal Cell Reports.

Embryonic cells and embryonic stem cells are virtually immortal in terms of biology – they can live virtually indefinitely in an adequate habitat, and share an unlimited number of times. In contrast, the adult body cells gradually lose the ability to divide through 40-50 fission cycles, entering the aging phase, which presumably reduces the chances of developing cancer.

Why do cells do this? As scientists believe today, cells protect themselves and the body as a whole from the development of cancer in this way, stopping the division at a time when the probability of mutations in their genome will reach a certain critical level. Agony of the body, in turn, is a side effect of this process, associated with the accumulation of “aged” cells in the organs.

Thomas Leung of the University of Pennsylvania in Philadelphia (USA) and his colleagues discovered a large exception to this rule, watching the skin of young and elderly mice heal small cuts, and how their cells behave when such damage occurs.

“Plastic surgeons and dermatologists often notice that scars rarely appear on the skin of older people, but the causes and mechanisms of this unusual phenomenon have remained a mystery to us. Understanding why this happens will open the way for the creation of skin regeneration technologies,” notes Lyng.

To answer this question, scientists acted in an unusual way. They “sewed” the blood systems of two mice – an elderly and a young rodent, and followed to see what kind of genes and signal molecules present in their skin had changed most of all and how these changes affected the regeneration process when piercing a hole in their ears.

Ear piercing “ordinary” young mice, not connected with elderly companions, led to the formation of scar tissue on the edges of the wound and the formation of a permanent “hole” in their shell. If they were “connected” to the circulatory system of elderly rodents, this did not happen – the hole slowly, but was tightened and the damage disappeared without a trace.

The reason for this, as Lyng and his colleagues found, was that the blood of young mice contained large amounts of SDF1 substance, specific signal molecules responsible, as biologists had previously believed, for the regeneration of the liver, kidneys and some other organs.

This protein is practically absent in the body of elderly rodents, since its work is blocked by changes in the structure of the DNA envelope containing “instructions” for the synthesis of SDF1, and increased activity of the EZH2 gene controlling the application of such labels to the protein wrapper of DNA. Its disconnection in the cells of elderly rodents sharply worsened its regeneration, causing it to form scars and scars more often.

Having discovered this unusual phenomenon, scientists have checked whether the human skin works in this way. As an observation of wounds on the skin of young and elderly volunteers, aging similarly changed the behavior of their cells, which indicates that the skin really begins to work “better” when old age sets in.

“This behavior of the skin makes sense from the point of view of evolution: the faster the wound is tightened, the easier it will be to survive the young animal, even if the treatment process is not too qualitative,” concludes the geneticist.