Scientists have discovered a “city” of octopuses 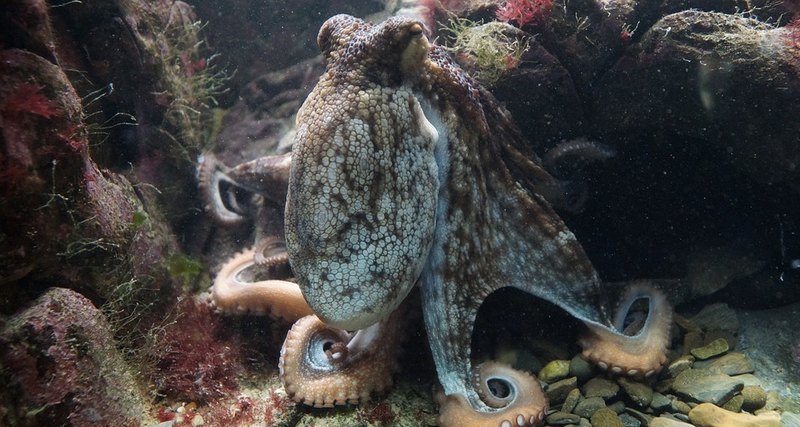 Scientists have discovered Octlantis – the “city” of octopuses living together. This changes our understanding of the nature of the octopus: it turns out that they are much more “social” than previously thought.

Scientists have established that octopods living in the subtropical waters of New Zealand and Australia are not alone, as previously believed. Marine biologists recently discovered that Sydney octopuses (octopus tetricus) spend time in a small “city”, called “Octlantis”.

An international research team, led by David Scheel of the University of Alaska Pacific (Alaska Pacific University), discovered Octlantis in eastern Australia at Jervis Bay. In this “city” scientists observed 15 single octopus living together. These individuals, as the authors of the work note, often interacted, signaled to each other, mated, defended each other, and so on.

Octlantis is not the first known “city” of cephalopods. In 2009, scientists found Octopolis, a place also near Jervis Bay, where the Sydney octopuses lived together, and did not meet once a year for mating.

As suggested by Stephanie Chacellor, co-author of the study, the Sydney octopuses are “stewards” gathering at the seabed outcrops. They also collect piles of shells left from the creatures they eat. Chancellor notes that these heaps are then used by octopuses to build a lair.

Octlantis, like Octopolis, shows us that we know far from everything about the oceans and the creatures that live in them.

The study was published in the journal Marine and Freshwater Behavior and Physiology.