Scientists have discovered a mummy of “young” human 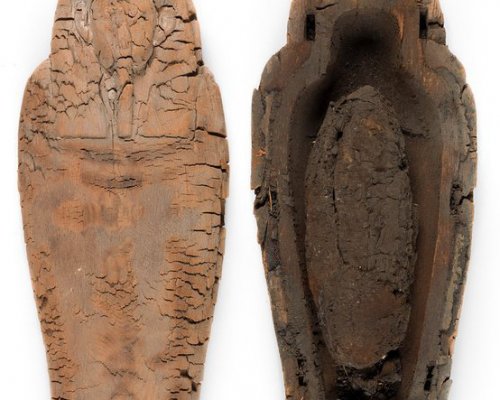 Scientists representing Cambridge University, found in an ancient sarcophagus of the very young human embryo. The burial dates from 664-525 BC.

The sarcophagus was found in 1907 in Giza and deposited in the Fitzwilliam Museum. The detected length of the object equals 44 inches, and the sarcophagus is made from pine nuts. Located inside the embryo, wrapped in the burial of the tape and filled with resin. Until that time, scientists believed that in it are embalmed the inside.

The embryo managed to find thanks to the exhibition in February 2016, when the sarcophagus was scanned by x-rays. Then with the help of computer tomography was able to identify arms, legs and fingers on them. The age of the embryo was about 16-18 weeks. Scientists have not identified the cause of fetal death. Earlier human embryos were found in the tomb of Tutankhamun, who died in the period 25-37 week of ripening. Experts suggest that they were daughters of Tutankhamun.