Scientists have discovered a new form of anomalous matter 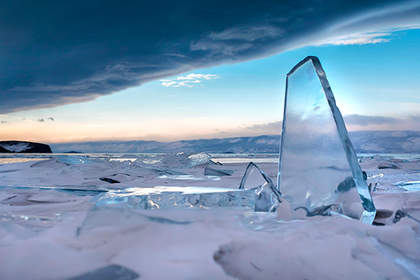 American physicists from Yale University and the National Laboratory in Los Alamos discovered a special metallic alloy whose properties resemble superfluid liquids. This substance is a kind of spin ice, within which analogs of quantum vortices arise. The article of scientists is published in the journal Nature Physics.

Spin ice is a substance in which the orientation of the magnetic moments of charged ions resembles the arrangement of hydrogen atoms (protons) in water ice. When the water freezes, the atoms inside the tetrahedral cell of the crystal are placed in such a way that the oxygen atom of one water molecule is surrounded by four protons. In this case, two protons are further than others, because they belong to two other molecules of water. Similarly, in spin ice, the magnetic moments of the two ions are directed inside the tetrahedron, and the other two are directed outward. In fact, the spin ice consists of tiny nanomagnets.

Physicists have studied a variety of spin ice formed by the Shakti lattice. It allows a lot of such configurations of magnetic moments, in which the energy of interaction is minimized in the cells. However, some of the configurations are in an excited state and their appearance in spin ice is inevitable. As a result, geometric frustration occurs, a phenomenon in which the whole system can not be completely frozen (even at absolute zero), since it does not have a single base state. This behavior is typical for all spin ice.

In the course of the study, scientists conducted photoemission electron microscopy of spin ice (PEEM), made of permalloy – an alloy of iron and nickel (Ni81Fe19). Irradiation of the sample with X-rays allowed us to detect changes in magnetic moments that occur when the temperature is lowered. A sample of spin ice was first cooled from 290 Kelvin (K) to 220 K, and then to 180 K and below (1 K is -272.15 Celsius).

Although other types of spin ice, when the temperature is lower, rearrange their grids in order to achieve the lowest possible energy state, it turned out that the Shakti lattice is “stuck” at a certain level. This happens even if a large-scale restructuring of the system could minimize energy. According to the conclusions of physicists, this indicates that this spin ice has a global topological order, and excitations are topologically protected from scattering and persist for a long time.

Topologically ordered phases were previously described for quantum-mechanical systems, which can assume different states with the same energy (degenerate states). In other words, stable excitations in the Shakti lattice in some sense resemble quantum vortices in superfluid liquids, which are also topologically protected due to the degeneracy of the ground states.