Scientists have discovered a new species of extinct marsupials 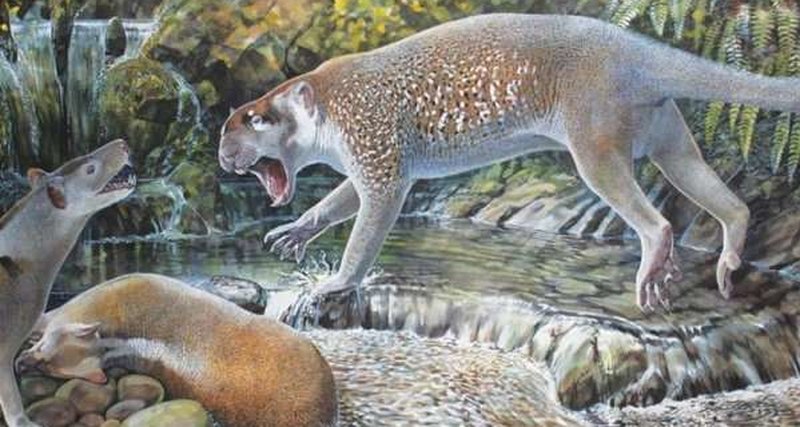 A group of Australian scientists discovered a new kind of marsupial lions, which died out at least 19 million years ago.

The discovery described in the Journal of Systematic Palaeontology is based on petrified remains of the skull, teeth and humerus of the animal found by specialists from the University of New South Wales in Riverslea (a fossil reserve in the Australian state of Queensland).

A new species was named Wakaleo schouteni (after the artist-animalist Peter Schouten). Such marsupials lived in the numerous rain forests of Australia about 18-26 million years ago, at the end of the Oligocene – the beginning of the Miocene. According to scientists, Wakaleo schouteni was about the size of a dog and weighed about 23 kilograms. (The largest marsupial lion – Thylacoleo carnifex – weighed 130 kilograms, it died out 30,000 years ago.)

Scientists believe that in the late Oligocene lived two species of marsupial lions. One of them is Wakaleo schouteni, the other is Wakaleo pitikantensis (in the beginning it was called Priscileo pitikantensis). The latter was somewhat less large and was identified by the remains of teeth and bones found near Lake Pichtikanta in South Australia in 1961.

Dr Anna Gillespie, lead author of the study, noted that this discovery raises new questions about the evolutionary relationships of marsupial lions: shows that the level of diversity of these ancient animals was higher than previously believed and suggests deeper roots of this family.