Scientists have discovered a snail with an iron shell 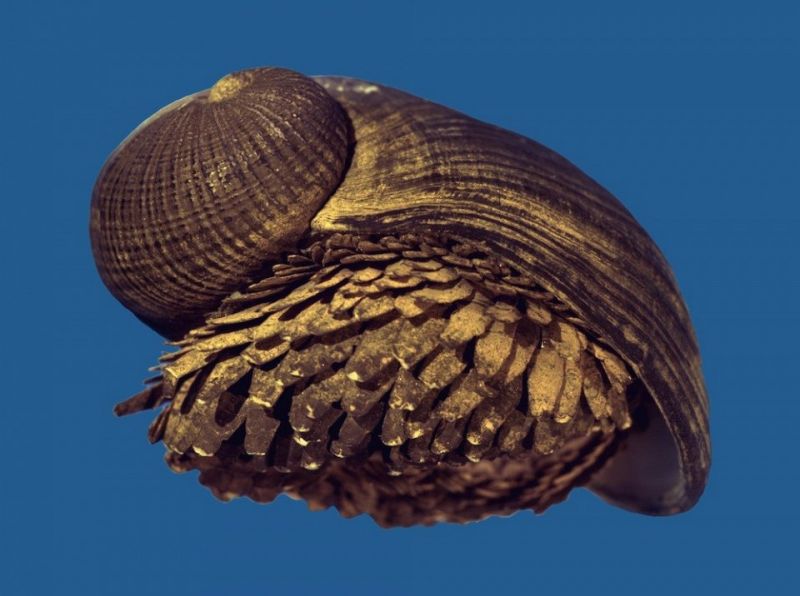 This snail has a very unusual shell – a shell created of iron. This is the only animal on Earth that can use the iron this way.

The researchers found the most unusual snail in the world. This yet unnamed creature bears a mass of connected records on the basis of iron – they are located on her body, and on the basis of the limbs. As a knight of the middle ages, the snail uses his metal armor to protect against predators.

The new snail was discovered in the hydrothermal source at the bottom of the Indian ocean. The author of the findings, Anders Waren, a biologist from the Swedish Museum of natural history, said this is the first known animal, the shells consisting of iron sulfides. 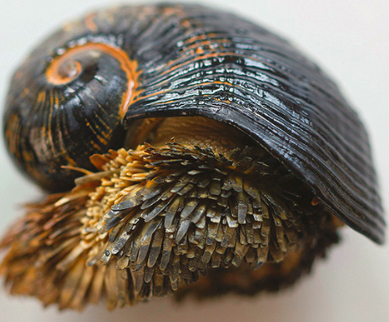 Scales of this snail is surprisingly similar to the scales of many ancient complex animals, especially who lived in the Cambrian period (540-500 million years ago). Genetic and anatomical tests indicate the relationship of this snail to other groups of modern animals. The scales of the cochlea consists of two iron sulfide minerals: pyrite and greigite. Since under normal conditions, the sulfides are quite unstable, they are not practically used as a biological construction material.

However, at these depths, everything can happen differently. In addition, iron and sulfur compounds are abundant in the mineral-rich water hydrothermal vents.