Scientists have discovered amazing crystals in the clouds 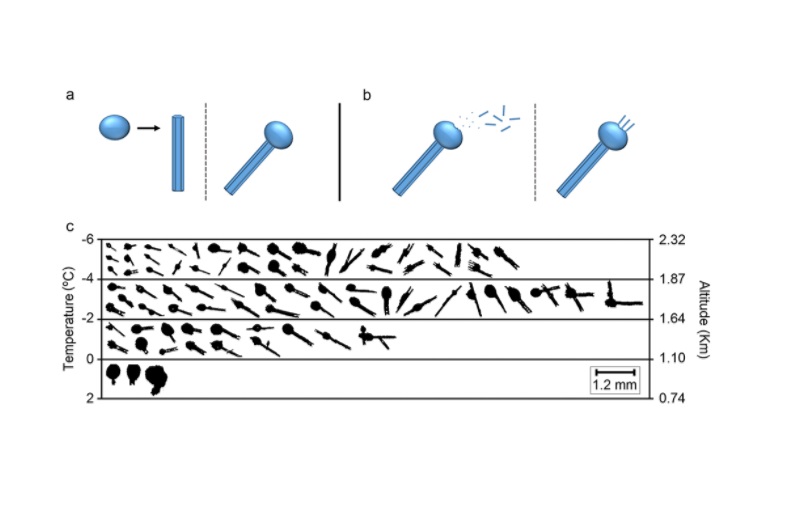 Scientists have found in the clouds amazing crystals, reminiscent of candy on a stick. This discovery can shed light on how clouds are formed and what processes in them occur in the future.

The clouds are full of ice candies – it sounds like a frivolous fantasy in the hot summer, but in fact it is a real phenomenon. Scientists have discovered unusual crystals in the form of candies after studying more than 5 million photographs taken during the flight through a large cloud system in north-west England in 2009. The researchers used laser beams to photograph ice crystals of different shapes and to understand how ice forms in the air, at temperatures above -30 ° C.

The shape of the crystals can tell a lot about precipitation, the cycle of cloud formation, their reflectivity – all this affects the weather and climate in general. As a result, in the photographs scientists saw crystals of unusual shape, with a round “candy” on a thin long “leg.” “Natural processes can create objects of stunning beauty,” said Jonathan Crosier, a senior research fellow studying clouds at Manchester University and one of the scientists who participated in the work. “We immediately began to ask ourselves questions about how they are formed.” The results of his research, the researchers described in an article published recently in Geophysical Research Letters, the journal of the American Geographical Union.

According to Krosier, although crystals of similar shape were observed in previous studies, this was the first time that the team saw them in such large numbers. Understanding how they are formed will give new knowledge about the mechanisms of cloud formation and development. Jonathan explains that in any cloud with a mixed phase (a cloud containing a mixture of water with supercooled water and ice in close proximity to each other), there is a very delicate balance between the liquid and the ice component. “If there is too much ice, the icing will quickly affect all the liquid water, which will lead to precipitation and dispersion of the cloud. Too little ice, and the ice literally falls out of the structure, leaving in the sky an ultra-cooled liquid cloud with a high reflectivity, which can persist for a long time and almost does not form precipitation. ” 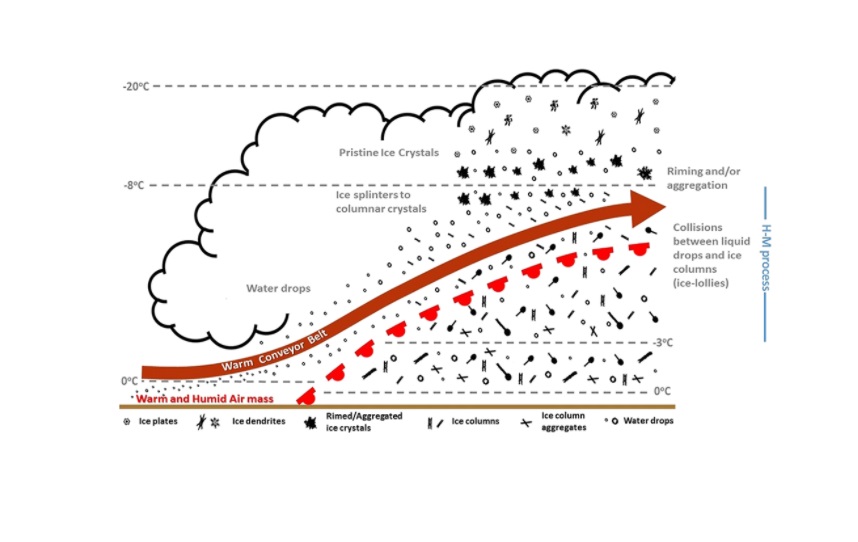 Crosier says that the icy “candy” is a newly identified ice particle that can change the balance between liquid water and ice in the clouds of the mixed phase. It can have a significant impact on cloud life and precipitation. Scientists believe that the process of forming a “candy” begins when the ice crystals form the top of the cloud system. After that, a warm stream of air blowing in the cloud carries supercooled, but still liquid drops of water. They collide with ice crystals and instantly freeze in the form of tiny needles. Sometimes these tiny needles break off and fall through the cloud, hitting the big drops along the way. Those pouring to the top of the needle – and so it turns out “lollipop”.

In themselves, these crystals have a length of 0.25 to 1.5 mm. They fall to the ground at a speed of about 3.6 km / h. “Since we found them at an altitude of 4 km, they will need a little more than an hour to reach the surface if the crystals remain unchanged during the fall. But when the air temperature rises, the crystal melts and turns into water. Even when the temperature of the atmosphere is below 0 ° C on all layers, ice candies can deform due to other processes taking place in the clouds.

A new discovery struck scientists. They plan to continue studying the crystals to learn more about their origins. “The formation of crystals in the form of candies is shrouded in mystery,” says Krosier, but researchers will surely unravel it.