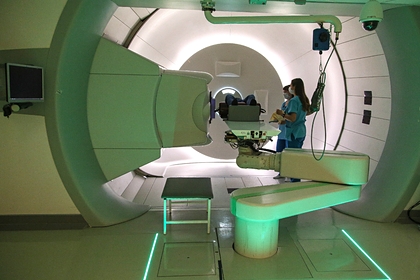 Scientists from the Netherlands Cancer Institute have discovered an organ unknown to science, hidden inside the human head, resembling salivary glands. The research is published in the journal Radiotherapy and Oncology.

The discovery came by accident when doctors examined patients with prostate cancer using a scanner. The diagnostic tool should be found in the tumor body by contrast tomography with the introduction of radioactive glucose into the blood. However, in the end, experts found two unknown organs in the images.

“The two organs highlighted in the study have all the features of the salivary glands,” said lead author of the study, oral surgeon Matthijs Walstar of the University of Amsterdam. He said that the organ was given the name “tubular glands” because they are located above the tubular ridge (an elevation in the nasal part of the pharynx).

Radiologist-oncologist Wouter Vogel from the Netherlands Cancer Institute spoke about the discovery. “Man has three sets of large salivary glands, but not in this place. As far as was previously known, the salivary glands in the nasopharynx are microscopically small. About a thousand of them are evenly distributed over the mucous membrane. Therefore, imagine our surprise when we discovered it! ”- commented the specialist.

The corresponding glands were found in all 100 patients examined with the PSMA PET / CT scanner. Also, scientists performed an autopsy of two bodies, male and female, which confirmed the existence of this “structure”.

The research report states that the so-called tubular glands have not been previously described in any source.