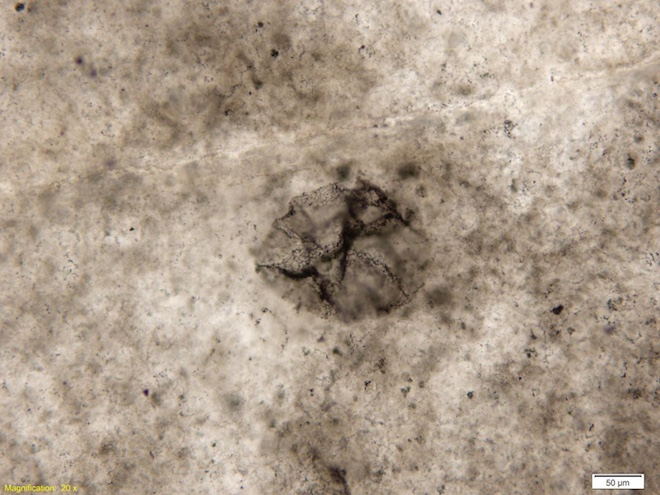 American Geology from the University of Cincinnati presented results of a new study that prove the existence of bacteria in the past, freely done without oxygen. They have found fossils of such bacteria in two different places in the Northern Cape province of South Africa.

Although researchers insist that the first half of those 4.5 billion years that the Earth exists, played a key role in the development and evolution of early life forms such as bacteria, conclusive information about this period in the scientific world until now, it has been submitted. Now scientists have evidence that ancient bacteria were able to survive when the level of oxygen in the atmosphere less than one-thousandth of a percent of the current.

According to associate Professor of Geology Andrew Zaya from the University of Cincinnati, discovered in South Africa, fossil sulfur bacteria — the oldest ever identified by scientists. Samples of bacteria preserved in a layer of hard shale, rich in silica.

“This discovery helps us to identify the diversity of life and ecosystems that existed just before the great oxygen catastrophe, the key period atmospheric evolution,” says the scientist.

Andrew Zaya describes this sulfur oxidizing bacteria as “extremely important bacterium of spherical shape, smooth-walled microscopic”. Her age is about 2,52 billion, much more than most modern bacteria. According to the scientist, the bacterium is similar to some modern single-celled organisms that live in the depths of the ocean where large concentrations of sulphur and oxygen — the minimum number.

In a study published in the December issue of the journal Geology, Andrew Zaya and his colleagues Nicola Bakes from the University of Johannesburg and Jeffrey Osterhout from the University of Cincinnati, showed samples of ancient bacteria. According to the researchers, these organisms lived in a dark deep areas of the ocean in the period called by geologists neoarchean (about 2.8–2.5 billion years ago).

However, Andrew Zaya recognizes that this unique find is still can not be called a direct proof that in this period existed on Earth living organisms can live without oxygen and sunlight. However, this fossil is an important scientific artifact, one of the few found in South Africa and in Western Australia.

According to Andrew Zaya, scientists have for many years speculated that South Africa and Western Australia once constituted a single ancient supercontinent called Vaalbara. Separation occurred due to the shift of tectonic plates.

Based on radiometric Dating and geochemical isotope analysis, the scientists found the fossil was formed directly on this early supercontinent. The results of these analyses also suggests that these bacteria existed immediately before the period when other shallow-water bacteria has learned to produce large amounts of oxygen as a by-product of photosynthesis. This period scientists call the great oxygen catastrophe.

According to Andrew Zaya, prior to this period, fossil bacteria absorbed molecules of volcanic hydrogen sulfide, the one that gives the unmistakable smell of rotten eggs. In response, bacteria are released into the atmosphere of sulfate gas, odorless. The scientist notes that this is the same process continues today with modern bacteria are also undergoing the process of decomposition of organic matter into minerals and gases.

“Although I can’t say that these early bacteria are the same as those of the modern, we assume that they may have done the same thing and some of the present bacteria,” explains Andrew Zaya, stressing that this fact is “outstanding” for science.