Scientists have discovered how deforestation affects the atmosphere 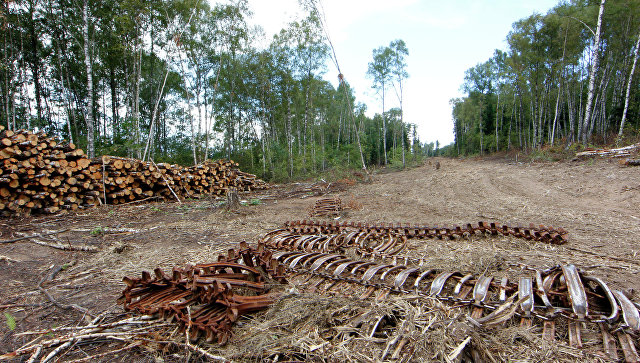 Ecologists from Russia analysed the impact of deforestation to CO2 circulation, heat and water in the atmosphere and developed a computer model that will allow us to predict the consequences of deforestation for the local and global climate of the Earth.

Our study is important due to the fact that today we see dramatic changes in the global climate of the Earth and how these processes are affected by fluctuations in the level of greenhouse gases in the atmosphere. Our models can be used to conduct ecological expertise. They are indispensable for understanding the interaction of litter and the atmosphere, which is important both for fundamental and for applied science, — said Alexander Olchev of Moscow University.

Sanctioned and illegal logging still remain one of the main problems for the ecology and climate of the Earth. Estimated to NASA, the rate of deforestation over the past 10 years grew by 62%, reaching record levels. Every year, as scientists believe today, the Earth loses vast forest areas, equivalent in size to the island of Ceylon. A large part of this deforestation occurs in the tropics, but they are not bypassed Russia and other Northern countries.

Deforestation, as explained Olchev and his colleagues, leads not only to the disappearance of a large number of sinks for CO2, but many other alterations in the ecosystems and climate. Trees cool the soil surface, conducts the movement of the winds, prevent excessive water evaporation and serve as a source of aerosols, cooling the atmosphere and reflecting the heat and light of the Sun back into space.

For this reason, deforestation can radically transform the climate and ecosystems of life in their neighborhoods that need to be considered when projections of global warming and assessment of the environmental situation in these regions of the Earth. Russian ecologists have attempted to predict all these consequences, creating a computer model of the clearing in the forest, studying the effects of deforestation of birch forest in the Tver region.

Approximately four hectares of forest, how to tell the scientists that were cut down last winter in the Central-Forest reserve in the Valdai hills, which allowed us to follow all the consequences of the disappearance of the forest from the moment of his destruction, and before the restoration in may and August.

These data helped the Russian ecologists and climate scientists to develop a set of mathematical formulas describing the flow of air over such forest routes, and calculate all the effects from deforestation that occur in the atmosphere and on the border between the atmosphere and the litter of the former forest.

These effects, as shown by the calculations of Alcheva and his colleagues, was quite strong, and their influence on the Earth’s climate and the circulation of greenhouse gases to consider when modeling global warming. Now, as scientists tell us, they continue observing the forest, learning all that is changing in its climatic properties as the restoration of forest cover.