Scientists have discovered how destroyed the Earth megacontinent 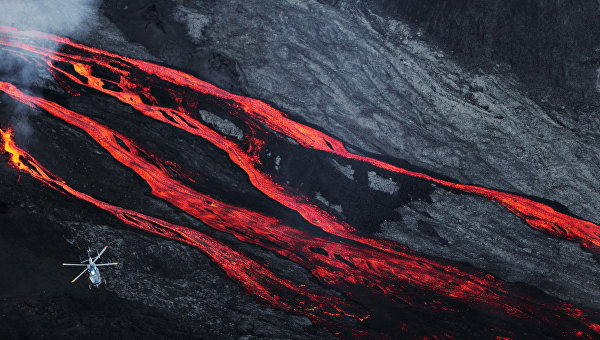 The study of traces of past supercontinents of the Earth has helped scientists find out that they had split up in two stages: first, within them there crack-the rift, slowly, “rasteryalsya” them, and then the connection between these parts suddenly exploded and they split into several “normal” continents.

“Imagine the gap of the rope while playing tug-of-war. At first, she gradually and very quietly stretched, and rupture of single fibers does not affect the strength of the entire rope. After a while all other threads are instantly broken, and the rope breaks. For example, the split of North America and Africa led to the fact that their breed has accelerated its movement in 20 times after this “breaking of the rope,” said Sasha Brun (Sascha Brune) from the Helmholtz Centre in Potsdam (Germany).

In the history of our planet had already existed for two of the supercontinent of Pangaea and Rodinia. The first single continent existed about 200 million years ago, and the second — 800 million years ago. Scientists expect that in the future there will be another supermetric — Amasya, which will appear in the merge of modern North America and Asia.

Using the data gathered during the study traces of the rifts on the opposite shores of Africa and South America, their “skewness” and structure, scientists have created a computer model demonstrating how broke up Pangaea and Gondwana.

These calculations showed that a breakup of the continents was held in two phases, the first of which lasted tens of millions of years, and the second ended almost instantly in geological terms. In the first stage inside the supercontinents cracks rifts that are slowly “pushing” their halves or smaller parts in different directions, moving them at a speed of several millimeters per year.

Over time, this pressure has reached a critical point, the rocks burst, and continents began to “independent swimming”, speeding up its movement in different directions dozens of times. According to Bruna and his colleagues, the nature of the split was typical for all of the supercontinents, whose traces we can still see in the modern breeds of corners of a land that speaks about the universal nature of such a geological tug-of-war”.

These holes, with ultra-fast dip the edges of the new continents into the sea and under the surface of the Earth, was to lead to serious climate change and cause changes in the ecosystems. As scientists hope their discovery will help to better predict when the following will occur this gap and assess its impact on the lives of mankind in the distant future.