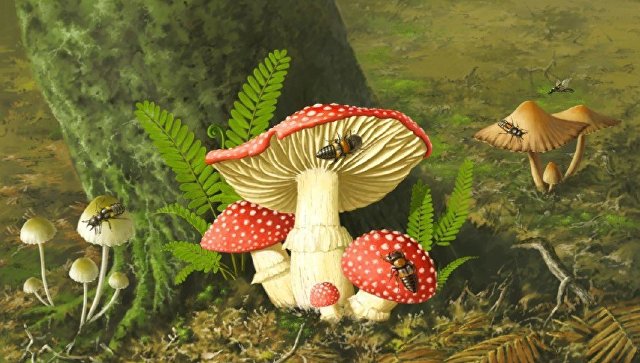 Paleontologists first found in Burma several fragments of amber, in which the fruit bodies of several species of fungi, close relatives of fly agarics and russules, were eaten and eaten by beetles very similar to modern insect-mushrooms.

“The discovery of four fruiting bodies of fungi with a completely modern shape immediately suggests that the evolution of their shape for some reason stopped about 120 million years ago It seems that mushrooms and insects have established mutually beneficial relationships even in the Cretaceous and since They did not change, “writes Chenyang Cai from the Institute of Geology and Paleontology of the CAS in Nanjing, China, and his colleagues.

Mushrooms, as scientists say, exist on Earth in fact as long as plants and animals, but their traces in rocks of ancient times are very difficult to find, as the prints of fruiting bodies of fungi are not preserved. Existing for today unambiguous traces of fungi in the form of spores and traces of mycelium are dated to the middle of the Carboniferous period, when the main source of “food” for fungi appeared – the fallen tree and other remains of dead plants. 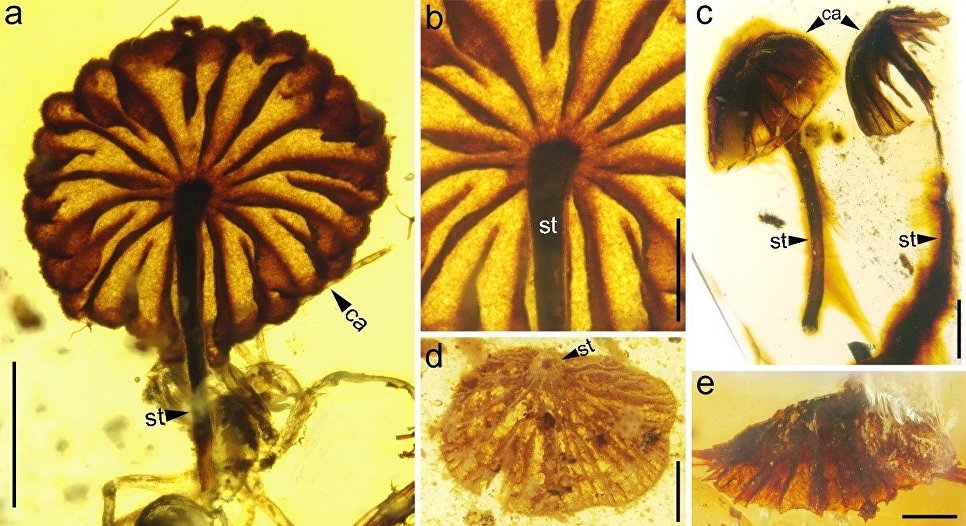 Pictures of a mushroom found inside a piece of dinosaur amber

Tsai and his colleagues managed to add to their number five unique finds – full-grown fruit bodies of mushrooms, imprisoned in amber and survived thanks to it to our times in its original form. All these pieces of petrified resin, as the scientists say, were found in the north of Myanmar, in the Khukavang valley, where the deposits of the middle of the Cretaceous period with a large number of ancient amber lie.

Together with mushrooms, scientists managed to find in amber several species of beetles from the genus Oxyporus, whose distant descendants today also inhabit the fungi, feed on their fruiting bodies and spread their spores. Beetles of the times of the dinosaurs, as befits the creatures of that era, were noticeably larger than their modern kin, reaching a length of about two centimeters, which is about twice the size of their current size.

As the scientists note, the fruit bodies of prehistoric fungi were very similar in structure to their modern relatives among the agaricomycetes – representatives of a large class of higher fungi, including, for example, fly agarics, chanterelles, russules and other edible or poisonous mushrooms. In fact, as the scientists note, the shape of the legs, caps, plates and other parts of the fruit body has not changed for 99 million years, separating the modern mushrooms from their prehistoric relatives. 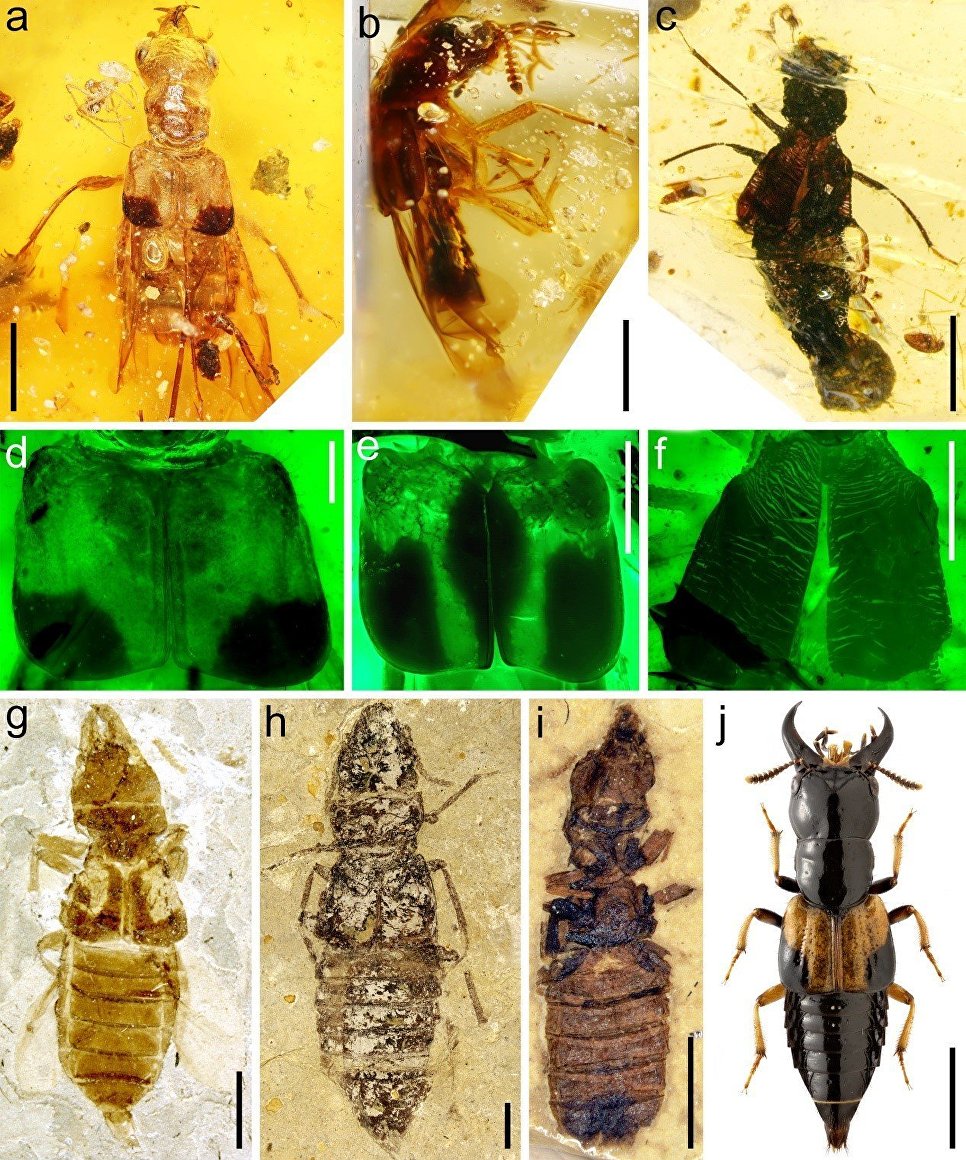 Insects that fall into amber with the fungus

Something similar was observed among beetles – despite the differences in size, the shape of their body and the device of the chewing apparatus were identical to how the jaws work and how the anatomy of the modern representatives of the genus Oxyporus is arranged. The absence of major changes in the anatomy of beetles and the organization of fruit bodies, according to scientists, suggest that both insects and fungi began to “coexist” peacefully hundreds of millions of years ago, using each other for survival and spreading.

Such an “evolutionary stagnation,” as paleontologists suggest, can explain why genetic studies give extremely strange estimates of when the ancestors of unicellular and higher fungi diverged from paleontological data. It is possible that in the last 100 million years the evolution of many fungi has simply stopped due to the highly effective cooperation with insects that allowed them to thrive in almost all conditions.