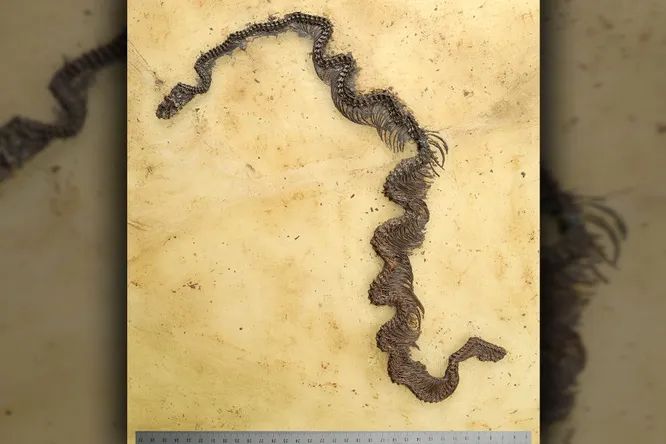 Researchers have found a fossil of the oldest python. He lived about 48 million years ago in what is now Germany.

Scientists also found that ancient pythons and boas lived in the same area, despite the fact that they are “direct ecological competitors”

A snake fossil found near an ancient German lake in Frankfurt has helped scientists figure out where pythons came from. Before the discovery of the remains, researchers assumed that pythons came to Europe from the continents of the Southern Hemisphere (from where they currently live) or from the Northern Hemisphere (where their closest relatives live). However, this species, called Messelopython freyi, showed that pythons evolved in Europe.

German researchers told Live Science: “The fossils found are by far the oldest python remains, and (found in Europe) they confirm a Northern Hemisphere origin.”

A study published in the journal Biology Letters shows that the ancient python was approximately 1 meter in size. He had 275 vertebrae.

Scientists have also discovered a connection between Messelopython freyi and boas – these ancient pythons and boas lived together. The find is interesting in that modern pythons and boas currently live far from each other. Typically, boas live in South and Central America, Madagascar and northern Oceania, while pythons live in Africa, Southeast Asia and Australia.

Researchers already knew that boas lived in Europe during the Early Paleogene, which began 66 million years ago and ended 23 million years ago. Now they have to learn how these two species, which are “direct ecological competitors”, coexisted together.