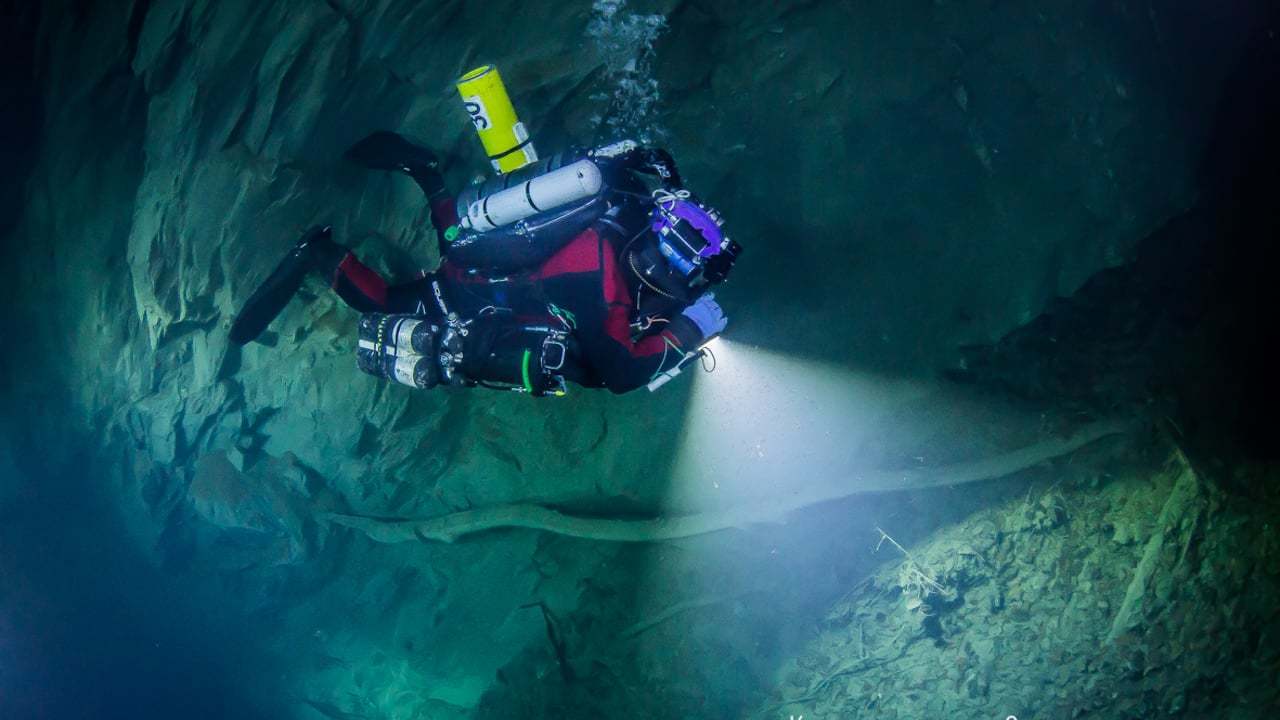 Several years ago, researchers plunged a remote-controlled underwater vehicle into a network of freshwater caves in the Czech Republic. At one point, the probe reached the end, as scientists then thought, of the cave, but it turned out that they simply did not have enough cable length.

The underground formation is known as the Hranice Abyss (Boundary Abyss). It is estimated that the cable length must be at least twice as long to reach the bottom of the underwater cave. Based on the latest geophysical observations, scientists tracked a system of trench-like caves that extend for a kilometer in depth. A related study is published in the Journal of Geophysical Research: Earth Surface.

A gravimeter, conductivity testing and analysis of natural geomagnetic fields in the Earth’s interior were used to collect the data. By gaining a big picture from these observations, scientists can tell what is under their feet.

At the same time, scientists find it difficult to find out the history of the origin of this cave. The deepest underground caves are extremely difficult to study directly and even using unmanned vehicles. Research has shown that many of these caves contain waters with acidic elements coming from a deep source. For example, a 2019 study found that thermal water under the Hranitskaya Abyss contains only 5-10% of “modern water”.

Map of the world’s deepest underwater cave, the Hranice Abyss. We still don’t know how deep it really is… pic.twitter.com/ywbsNd0eAA

Map of the deepest underwater cave. We still don’t know exactly how deep it is.

Many have concluded that this network was formed from the bottom up by the acidic core of our planet, slowly corroding the limestone rock above. But this idea, known as a hypogene formation, does not account for the specific geology or tectonic activity of each region. Caves can also form from top to bottom.

Beneath the Granitskaya Abyss, the authors of a new study discovered a large-scale network of underground structures made of soluble rocks, known to geologists as a karst massif.

In the middle of the Miocene, according to the authors, water probably flowed from the mountains into the basin, which gradually carved caves in the limestone as a result of erosion. The former drainage system, connected to the abyss, supports this theory.

“The subsequent deposition of sediments (through the rise in sea level) and the filling of these canyons led to the blocking of spring runoff and flooding of cave systems with fresh water,” scientists believe. After that, the acid-laden water began to rise from below, releasing underground isotopes.

At the same time, the authors do not exclude that the erosion that occurred above the surface masks internal transformations, only creating an impression of the formation of the cave from the bottom up. Most likely, researchers will have to re-examine flooded caves in Italy, South Africa and Brazil in light of new data.