Scientists have discovered the world’s largest accumulation of octopuses. 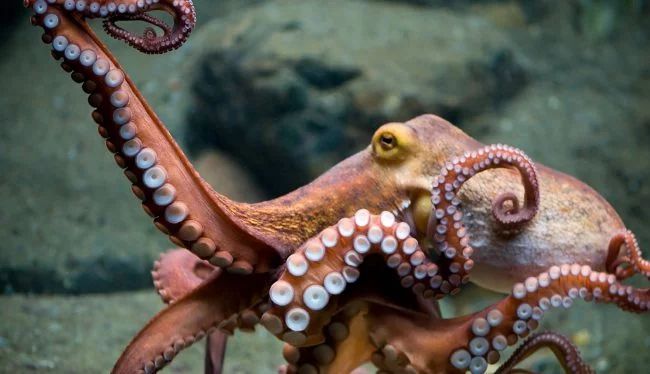 It is known that octopuses lead mostly solitary lives. Scientists rarely meet their clusters, but in the beginning of 2018 they were very surprised to find a group of hundreds of octopuses on the ledge of Dorado off the coast of Costa Rica. At that time, they did not yet know that this year they would have to make an even more surprising discovery, namely, to find a “kindergarten”, which contained more than a thousand octopuses hatching eggs. It is located on the coast of California.

Young parents laid eggs on the cracks of the extinct Davidson underwater volcano. It is located at a depth of 3.2 km – it was only possible to capture the underwater inhabitants thanks to the deep-water apparatus “Hercules”. Researchers have noticed some flickering around octopuses, therefore they have suggested that warm water circulates beneath them, warmed by a volcano.

To change the temperature of the water, they need to re-lower the machine to a greater depth. If their assumption about warm water is confirmed, it means that octopuses are deliberately looking for a warm place to incubate their eggs. The video shows that they are well developed and look healthy. This cannot be said about the eggs found on the Dorado ledge – they were damaged by something, but it is not yet known what.


According to the leading scientist of the exploration vessel “Nautilus” Chad King (Chad King), this is the largest cluster of octopuses, not only on the West Coast of the United States, but throughout the world. According to scientists, 99% of the individuals detected are mothers protecting offspring.