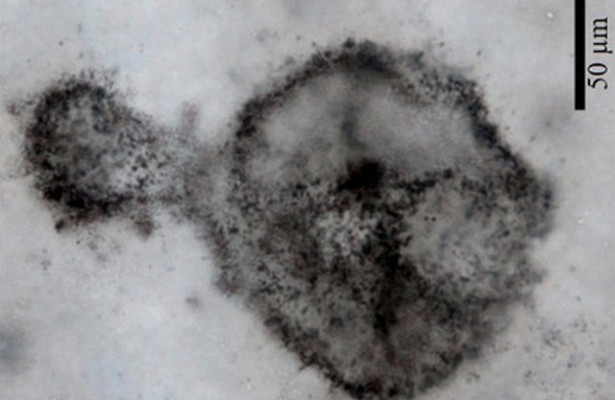 Scientists have discovered traces of unusual organisms by the age of 2.5 billion years. They probably belong to cyanobacteria, but have very large sizes and unusual forms. This publication reports Live Science.

Tiny fossils (microfossils) belonged to creatures who lived 100–200 million years before an oxygen catastrophe — a relatively sharp and global change in the composition of the Earth’s atmosphere in which oxygen appeared. The great oxidative event occurred about 2.45 billion years ago. So far, researchers have described only four cases of finding microfossils dated to that period of time.

Currently, the size of most cyanobacteria reaches 5-10 micrometers, and the largest grow to 60 micrometers. However, some of the organisms found reach 100 micrometers across. In addition, individual cells have strange protrusions that could result from “budding” (asexual reproduction). Currently, cyanobacteria do not budge, so scientists can not accurately determine the nature of these outgrowths.