Scientists have discovered underwater inhabitants at a depth of 8000 meters 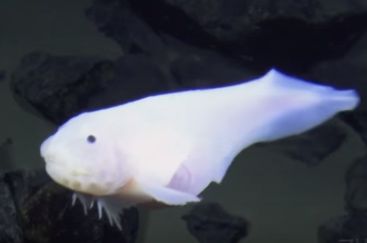 A group of Japanese scientists managed to record video of underwater inhabitants living at a depth of about 8 thousand meters. In addition to a variety of crustaceans and shrimps, the fish were caught in the frame – representatives of the family of lipar or sea slugs.

The survey was carried out by 4K resolution cameras in the Pacific Ocean at a depth of 8178 meters. This is a record depth, where we managed to shoot fish.

Scientists believe that 8.2 thousand meters is the maximum depth for fish. Below this level, according to experts, fish cells can not function because of high blood pressure.

The study was conducted in May this year in the Marian Trench area. As a bait, mackerel was used. First, the shrimp fell into the frame, and then, after 17 and a half hours, the camera captured a slowly moving fish.

White fish reached a length of about 20 cm. It had a tail like an eel. Scientists believe that they have a sea slug before them.

In April this year, Chinese scientists also discovered a similar fish at a depth of 8,152 meters, which is 26 meters above the mark fixed by Japanese researchers.

Three years ago, a group of British and American scientists was able to record two kinds of fish on the video at a depth of 8145 meters.