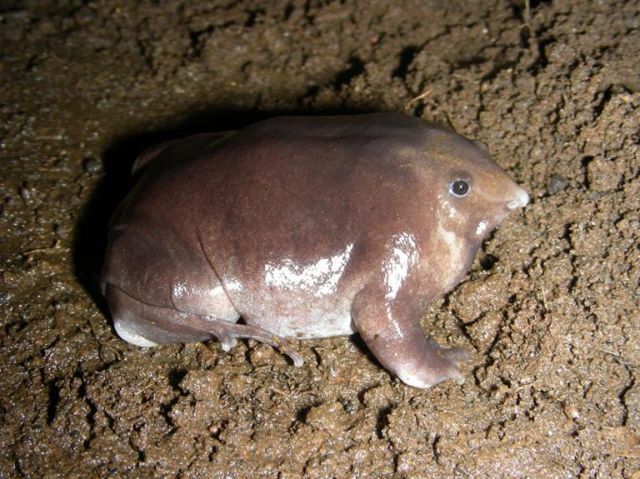 The amphibian has a pinkish skin and bright blue rings around the eyes. Outwardly, the frog is something like a pig. The researchers gave the amphibians the official name of Nasikabatrachus bhupathi.

Most of his life, according to researchers, the frog spends underground. According to experts, these amphibians use their long tongue to capture termites and ants. 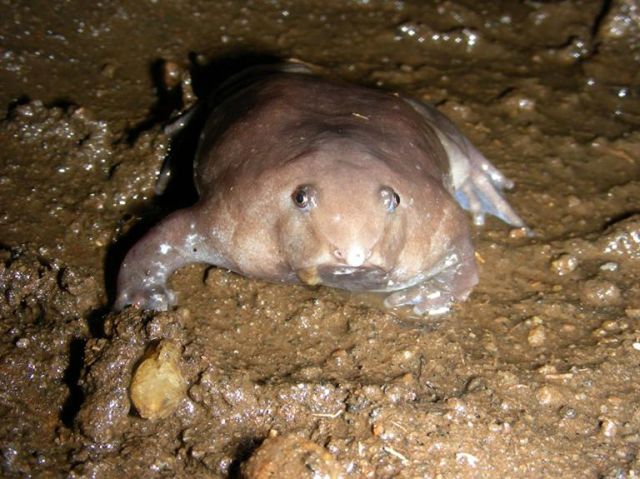 With the beginning of monsoon rains, males begin to make loud noises from the burrows near the mountain rivers. Tadpoles of these frogs also differ from others. They have mouth resembling suckers in fish-stuck. Tadpoles use it to attach to rocks under water. In the mountain stream they spend about 120 days. According to scientists, this is the longest period in the life of these frogs on the surface.