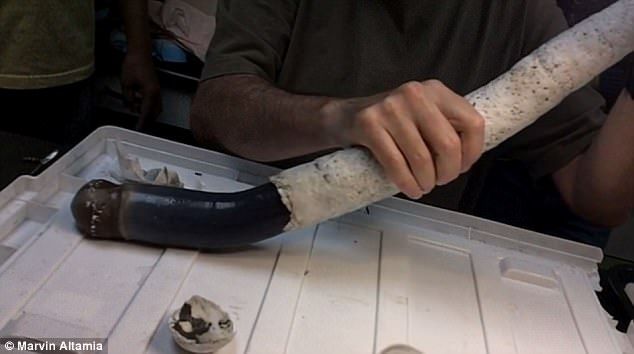 Unusual 1.5-meter-long tuskin-like shells were first documented in the 18th century. However, scientists have not been able to see their inhabitants until now. During the expedition to the Philippines, researchers were able to discover several such worms. The scientists gave the name Kuphus polythalamia.

These shipworms live in shells, which are fixed in the muddy bottom like carrots. According to experts, representatives of Kuphus polythalamia are very different from other worms that destroy wood. 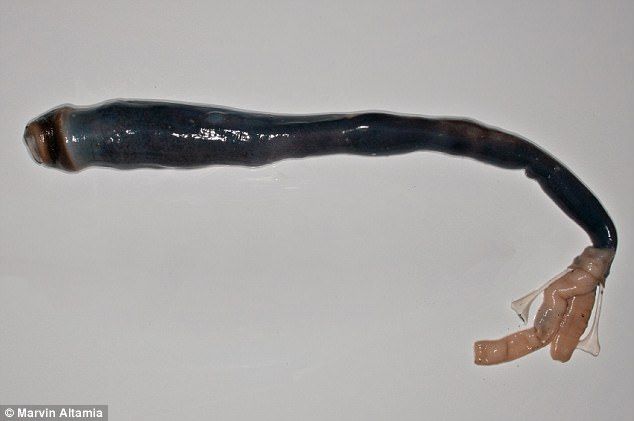 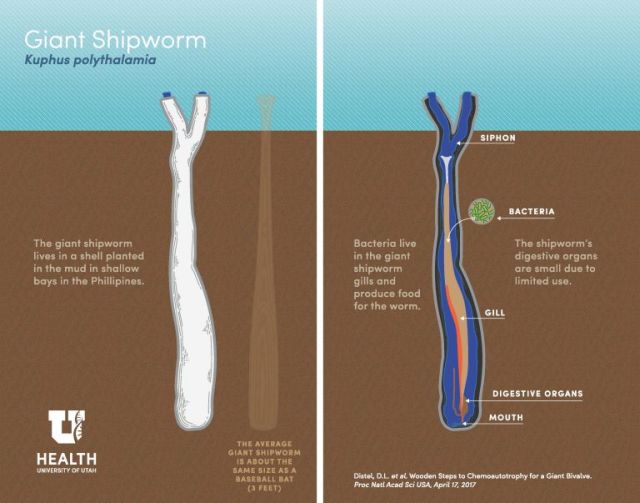 Typically, shipworms deepen into the wood of trees, which are carried away to the ocean. The bacteria living in their stomach help them to process cellulose.

Kuphus polythalamia was found in the ooze. They also use bacteria, but not for splitting wood. Bacteria inside these molluscs use hydrogen sulphide to produce the energy used to produce organic carbon compounds that feed shipworms.