Scientists have discovered why bat viruses are deadly 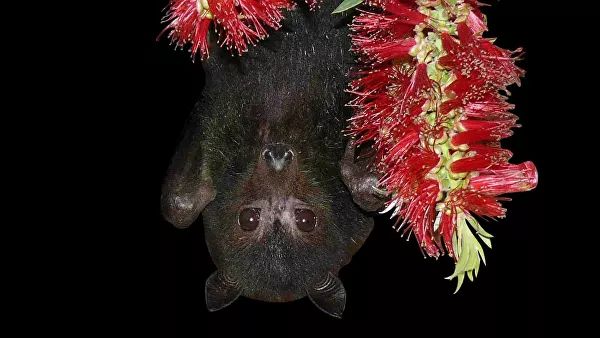 Scientists have found that the immunity of bats is stronger than human. This explains why bats live much longer than other mammals of the same size, and why their viruses are so dangerous to humans. The results of the study are published in the journal eLife.

Most of the worst outbreaks of viral diseases in recent years – SARS (SARS), MERS (Middle East Syndrome), Ebola and Marburg viruses, as well as, with a high degree of probability, the new Chinese coronavirus 2019-nCoV came from bats.

The results of the study showed that a viral infection triggers a quick and powerful immune response in bats, which, on the one hand, protects these animals, and on the other, an aggressive immune response causes viruses to multiply and adapt.

This feature of the body of bats makes them a unique reservoir of rapidly multiplying highly virulent viruses. Therefore, when these viruses are transmitted to mammals with a weaker immune system, such as humans, they pose a mortal danger.

“A quick immune response protects the cells of bats from infection, although the virus continues to replicate without harm to the host. However, when the virus is transmitted, for example, to a person who does not have such an antiviral defense mechanism, it provokes many complications,” University of California at Berkeley release Cara Brook, the first author of the study.

The virus could be transmitted to humans through food. The 2019-nCoV coronavirus infection source is believed to have been in the fish market in Wuhan, where a large number of live animals were sold for gastronomic purposes. In addition, habitat disturbance usually causes stress in animals, which leads to increased excretion of all physiological products containing the virus – saliva, urine and others.

The results were obtained by scientists in the course of work within the framework of the Bat One Health project, which studies the links between the violation of the habitat of bats and the spread of their viruses among other animals and humans. A monitoring program funded by DARPA, the United States Defense Advanced Research Projects Agency, is currently underway in Madagascar, Bangladesh, Ghana, and Australia.

“An increased environmental threat to bats may increase the risk of zoonotic infections,” says Brook.

“The bottom line is that bats are special animals when it comes to viruses,” says Mike Boots, professor of integrative biology at UC Berkeley and one of the authors of the article. “It’s no coincidence that many of these viruses come from bats. mice. Our work demonstrates that the bats’ immune system can control virulence. ”

As the only flying mammal, bats increase their metabolic rate in flight to a level twice that of running rodents of a similar size. As a rule, active physical activity and high metabolic rates lead to more severe tissue damage due to the accumulation of reactive molecules, primarily free radicals. But bats seem to have developed physiological mechanisms to effectively release these destructive molecules. In parallel, their body gets rid of any inflammation caused by a variety of reasons, which may explain the unique lifespan of these animals.

Smaller mammals with a fast heart rate and metabolism usually have a shorter lifespan than larger animals with a slower heartbeat and metabolism, because a high metabolism leads to a faster release of destructive free radicals. But bats are unique in that their lifespan is much longer than other mammals of the same size. Some bats can live up to 40 years, while rodents of the same size live two to three years.