Scientists have discovered why male Sydney spiders are so deadly 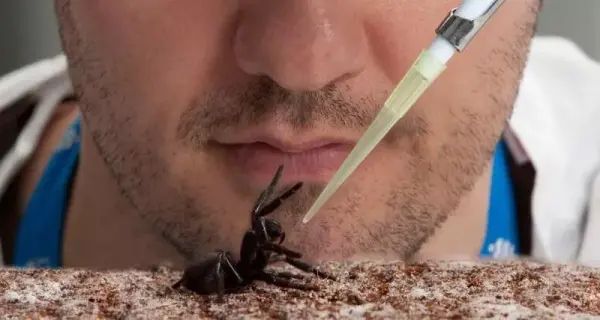 The Sydney Leukopaut Spider (Atrax robustus) is one of the most dangerous arachnids on Earth. Females and males produce poison, but scientists for a long time could not understand why the poison of males is so deadly. A new study, published in the Proceedings of the National Academy of Sciences, looked at pack toxins in detail and answered this question.
Scientists have discovered why male Sydney spiders are so deadly Paul Dymond

A team of researchers from the University of Queensland led by Associate Professor Bryan Fry has spent twenty years researching delta-hexatoxins, the poisonous peptides that make Sydney spider venom so deadly. This group of toxins affects the human nervous system. As a result, symptoms such as profuse salivation, muscle spasms appear, followed by a sharp jump in blood pressure and heart rate, which, in combination with respiratory failure, can lead to death.

Researchers have studied the venom of 10 species of Sydney spiders using molecular analysis. They described and structured 22 new delta-hecatoxins from samples. The new information helped the researchers understand how the males learned to craft their own poisonous cocktail.

The toxins were originally used to kill small insects like flies and cockroaches, the researchers said. Upon reaching puberty, the males left safe burrows and went far from their “home” in search of females. Often they encountered more dangerous vertebrate predators such as lizards, geckos, rats and marsupials. Natural selection helped to “turn” poison for prey into poison for protection against larger opponents.